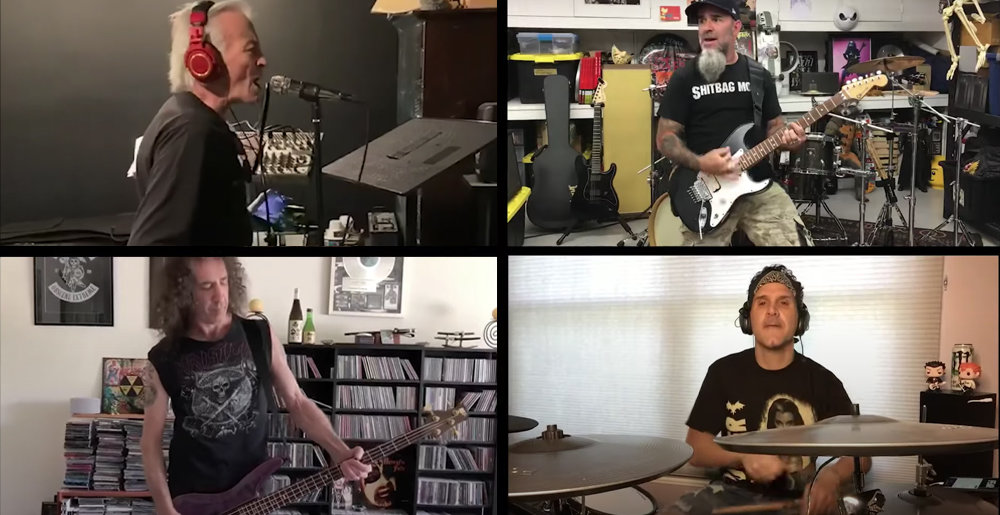 Lee Ving Is Alive, Covers Fear With Members of Anthrax and Nuclear Assault

All these famous musicians, like The Rolling Stones and Neil Young, keep telling Donald Trump that he can’t use their music at his rallies. But I wonder if he’s attempted to use Fear’s “I Don’t Care About You” as his new anthem? Not that I think Lee Ving and company would be pro-Trump. But I bet he could outspend them on lawyers at least. And truly, there is nothing more Trumpian than shouting “I don’t care about you, FUCK YOU!”

Speaking of Lee Ving: he turned turned 70 this year, but he doesn’t look a day over 100. Which is as it should be — you’d be disappointed Ving looked like Richard frickin’ Gere.

Despite his wear n’ tear, Ving still sounds pretty pissed-off on this rendition of “I Don’t Care About You,” which he recorded with Charlie Benante (Anthrax, S.O.D.), Scott Ian (Anthrax, S.O.D.), and Dan Lilker (ex-Anthrax, S.O.D., Nuclear Assault). Which is also as it should be. You’d be disappointed if Ving sounded like Tony frickin’ Robbins.