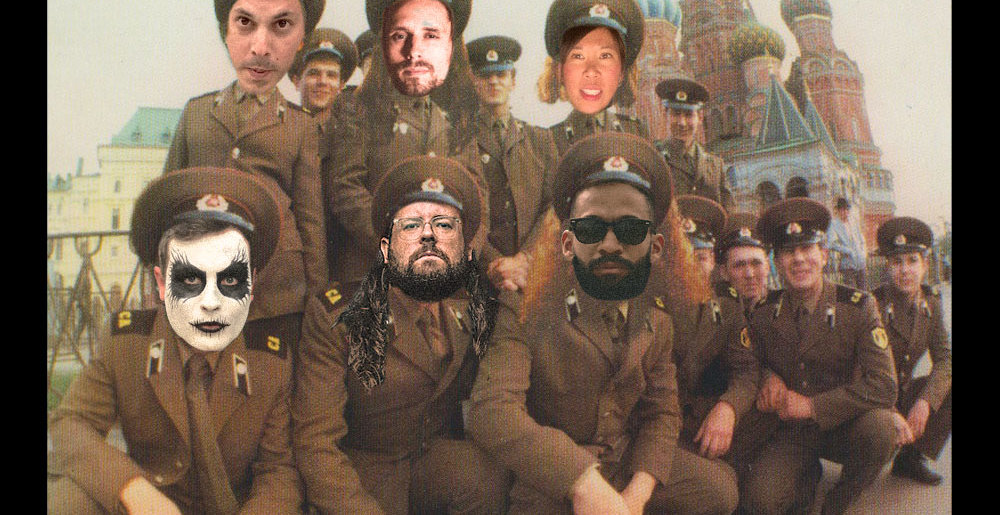 You probably read the above headline and assumed the musicians in question had chosen to taken on “Surprise! You’re Dead!” or “Jizzlober” or “Naked in Front of the Computer” or some similarly heavy tune. In fact, they did something far more interesting: they covered “Everything’s Ruined,” a track that mixes the metallic with the melodic. Which isn’t to say it’s a carbon copy of the original, from 1992’s Angel Dust: they definitely put their own spin on the material.

You can check out the cover below. It’s the latest in a series of “Bedroom Covers” lead by Two Minutes to Late Night host Gwarsenio Hall (né Jordan Olds) with the support of his Patreon followers. The full line-up for the band is as follows:

Viral Vomit 0
The Crowdkilling Mummy is Kind of a Dick in Two Minutes to Late Night’s “Monster Mosh”
October 27th, 2022 at 11:48am Hesher Keenan

Metal Sucks Greatest Hits
3220 -
What is UR Favorite Classic Nu-Metal Band??
0 -
Rigged: Nile’s Karl Sanders
0 -
Video: Dudes Rockin’ Out to Van Halen Meet David Lee Roth, Have No Idea Who He Is
0 -
Ministry’s Al Jourgensen: “I Got Paid to Humiliate Fred Durst”
0 -
The 110% Totally True Confessions of a Left-Wing Conspirator
0 -
Editorial: Slayer Should Become Professional Songwriters