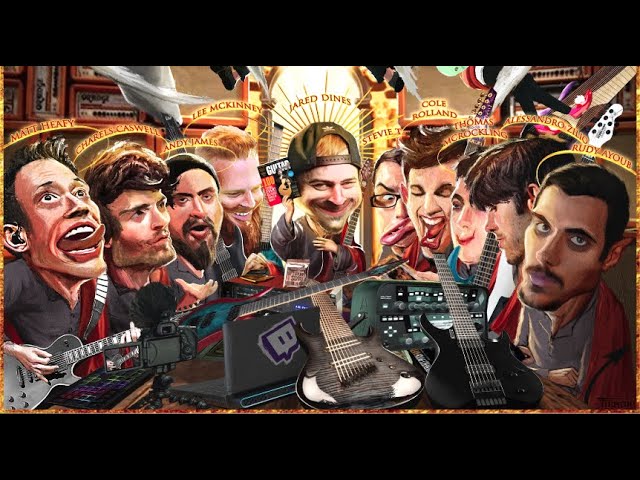 Jared Dines has unveiled a new EP titled Shred Feast, and he’s enlisted several well-known metal musicians to help out. Special guests on the five-song release include Trivium frontman Matt Heafy, Lee McKinney of Born of Osiris, Angel Vivaldi, Andy James, Stevie T, and many more. In a video message posted to Facebook announcing the EP, Dines leaves it to fans to figure out which musicians play which parts, saying that if anyone gets it 100% correct “I’ll send you something cool.”

We’ve been hearing about this project for close to a decade — now music has arrived at last!