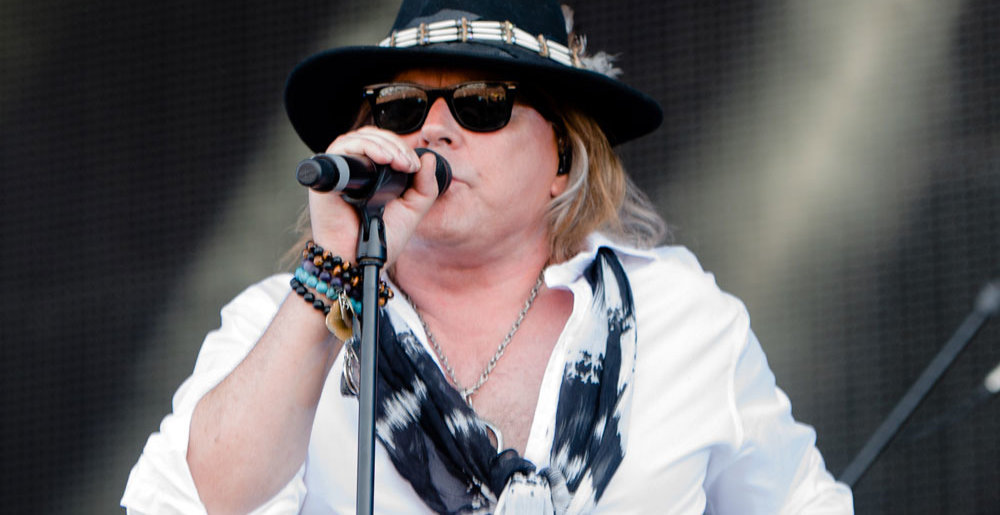 Dokken frontman and namesake Don Dokken underwent spinal surgery late last year, and as of a January 2020 interview still hadn’t regained functional use of his hands, requiring assistance with basic functions such as getting dressed, eating and going to the bathroom. “It’s been two and a half months since I had spine surgery, and my hands are dead. They don’t move. It’s very strange,” he said at the time. Dokken expressed optimism for a full recovery, though, conveying the message doctors had given him: “Since that interview in January, Don is doing much better and his doctors do expect him to fully recover but it will take time,” the band posted on Facebook in February. But here we are many months later and his condition has sadly not improved.

In a new interview with EonMusic, Dokken gave a most discouraging update, saying things haven’t gotten better at all and he’s still unable to play guitar:

“I was just coming from the hospital right now where I do my therapy, and yeah, my right hand; I can’t play guitar any more, it’s over. My right hand is paralyzed. It’s been seven months since the surgery. I’d just gotten my surgery a couple of months before the Metal Hall of Fame [induction ceremony], and they said, ‘Just be patient. Your hand will come back, you’ll get your feeling back. Be patient, be patient.’ But it’s been seven months, and my hand still doesn’t work. It just doesn’t work, and it’s the way it is. Sometimes bad things happen, you know? I’m not happy about it, but I played guitar for 50 years, so I guess I got some good time in.”

Gotta give the credit for seemingly taking this horrible news in stride, ya know? I’d be a lot more angry than “I guess I got some good time in” if it were me.

Which could explain why Dokken agreed to play a live concert with questionable health and safety measures in Roanoke, VA this past weekend. The guy probably needs rock n’ roll now more than ever… although it’s worth wondering whether his limitations put him in a higher risk category (not to mention his age). Regular Dokken guitarist Jon Levin sat out for that very reason, with Reb Beach (Whitesnake, Winger) filling in.

We’re pulling for ya, Don. Stick with that therapy… can’t hurt.

Including a handful in the Northeast.

From last week’s show in Illinois.

Metal Sucks Greatest Hits
0 -
BREAKING: Ex-Suffokate Vocalist Ricky Hoover Successfully Undergoes Earlobe Reconstructive Surgery
0 -
I Watched Rock of Ages so You Don’t Have To
0 -
Give a Heavy Metal Valentine’s Day Card to Someone You Love
0 -
Meet Ironbunny, the New Babymetal
1510 -
The Top 15 Reasons that Metallica are the Yankees of Metal
0 -
Exclusive Interview: Damien Echols of The West Memphis Three on His Life After Death