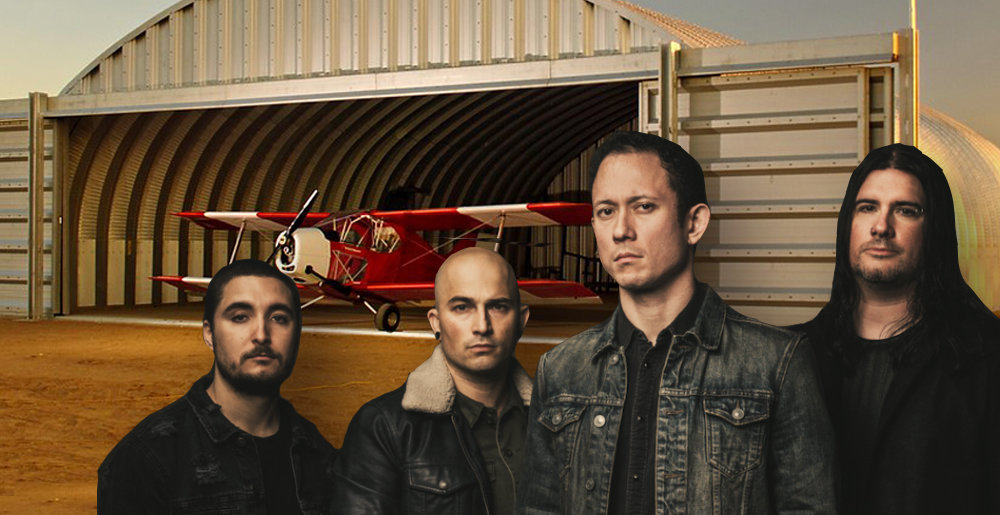 Like I was saying, 2020 is a weird year. If you’d told me last summer that NWOAHM heroes Trivium were purchasing an abandoned airplane hangar, I’d probably be confused as to why the band thought that was a good investment. But now it seems like a brilliantly forward-thinking decision: as described by Matt Heafy in a new interview with Rock Sound, it will ostensibly allow the band to rehearse, record, and perform, even as the U.S. continues to be ravaged by COVID-19.

“The hangar we’re getting is huge. And the first step, we’ll build in and enclose in a section of it where we’re able to rehearse in there, and it’s an all-in-one spot. And then we’ll gradually build downwards, build a recording studio below that, and then we’ll build outwards. And I imagine it would take three to five years of building that most outwards section of the hangar where the airplane would fit, we’d make it look like that Full Sail [livestreamed] show. So we’d eventually have it fully equipped. And then hopefully things keep progressing, even despite whatever the fates might be throwing at us that we can turn it into where there’s full cameras set up, there’s full soundboard, everything is ready to go, so if we wanna do the full event, we can do the full event from there and it’s ready to go.”

Now, obviously, not every band is gonna be in a position to buy their own all-in-one HQ like this — don’t expect to read about, like, Rwake following suit — but for bands that are in a position to do so, well… look, this pandemic ain’t goin’ away anytime soon. All those big summer 2020 tours that got rescheduled for summer 2021 will likely be re-rescheduled for 2022. For the time being, at least, streaming shows are where it’s at. Add in the value of the band now having a better rehearsal space and their own studio this looks more and more like a smart purchase.

Meanwhile, the other members of Trivium are clearly chuffed on the buy, too.

You can check out the entire interview with Matt below.

Sponsored Links from Across the Internet
Show Comments
Related Articles
Tour de Force 0
Beartooth and Trivium to Co-Headline a U.S. Tour This Spring
January 31st, 2023 at 11:21am Hesher Keenan