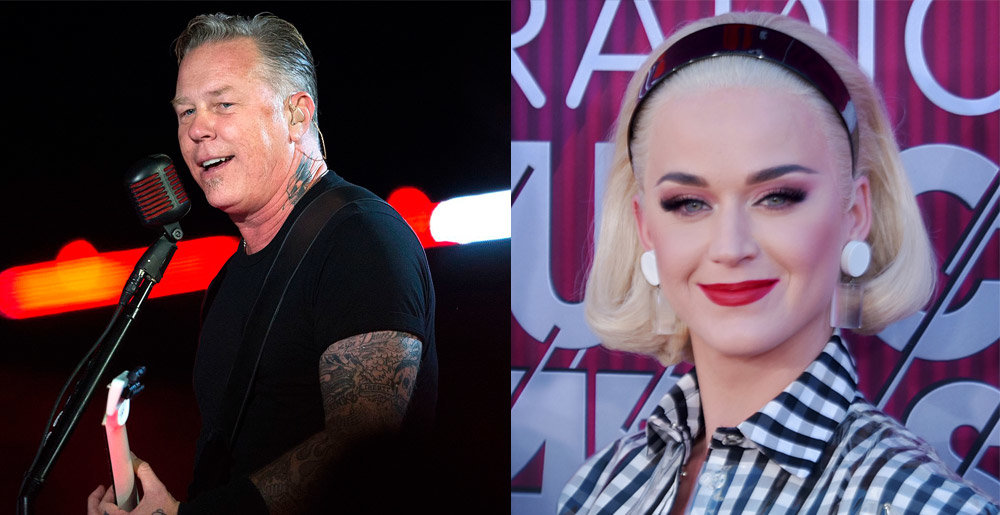 They did it! Metal wins!

“Equivalent album sales” tallies include pure sales (both physical and digital) as well as stream equivalents, with 3,750 ad-supported or 1,250 paid/subscription audio and video streams counting as one album sale. In the projections issued last week, Metallica had Perry edged on the physical front, with 8,000 additional units shifted.

‘Tallica placed at #4 on the Billboard 200 chart while Perry ranked #5. The top three spots were all occupied by artists whose albums came out back in July — Taylor Swift, Pop Smoke and Juice Wrld — hence Metallica ending up with the top-selling new release.

The print edition of Billboard reported the news today, while this chart is expected to be updated tomorrow, Tuesday, September 8.

Metal Sucks Greatest Hits
0 -
What If Metal Album Covers Were Truthful?
0 -
The Secret 2 a Successful Career in Music
0 -
Etienne Sin: What the Actual Fuck
0 -
The Top 25 Modern Metal Frontmen: The Entire List in One Place
0 -
50 Metal and Hard Rock Musicians’ Yearbook Photos
0 -
36 Seconds of Hell on Earth: Video from the Guitar Center Grand Opening in Times Square