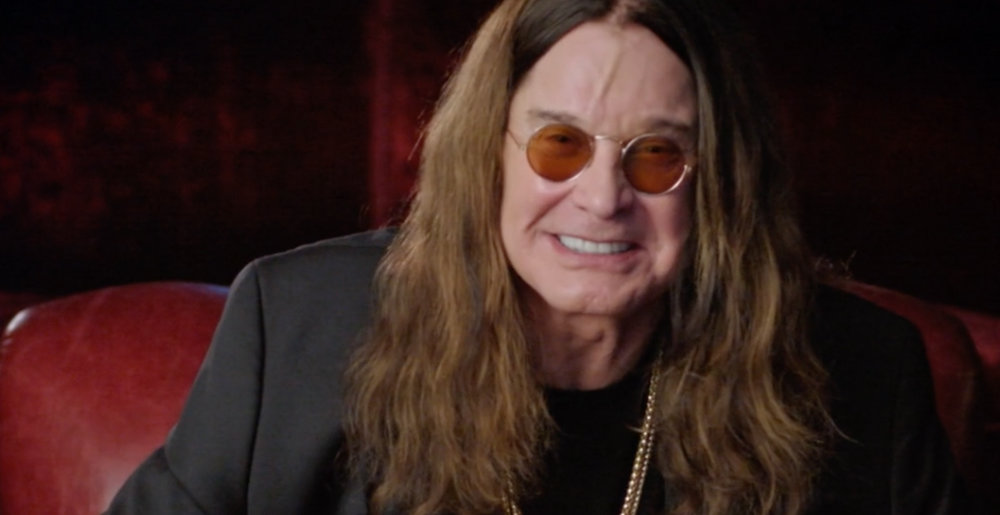 Ozzy Osbourne had quite the farewell tour scheduled for his solo career in 2018 and 2019 (following the same for Black Sabbath in 2017), only to see it pushed back a number of times due to pneumonia, a nasty staph infection, a slip-and-fall that saw him re-aggravate a spine injury originally sustained in an early ’00s ATV accident, and, of course, Covid-19. There’s also the revelation of his Parkinson’s diagnosis, which didn’t directly contribute to any concert cancelations but certainly didn’t help the cause.

Through it all, Ozzy has vowed to make up all those canceled dates, steadfast in his determination to get back to the stage and finish his performing career the way he intended. But as months turn into years and years turn into who-the-fuck-knows because of the pandemic, it seems the Ozzman’s thinking has now shifted to “one last show” being alright if that’s all he ever gets to do.

Speaking to Rolling Stone, Ozzy was asked if he’s eager to get back on the road, to which he replied:

“Yes, I’m working out every day. I’m doing the best I can. I’ve got to do gigs. I haven’t done my last gig yet. Even if it’s just to do one gig, I will do a gig. Then I’ll feel like I finished my job.”

That’s a bit of a different tune than he sang a year ago, but it’s not like we’re faulting the guy: as we’ve been saying ever since the very first cancelations, he’s had a magnificent career and it’d be totally fine if he just gave up now, we’d still love him the same! The dude friggin’ invented heavy metal, fer chrissakes.

Elsewhere in the chat, Ozzy revealed that his next solo album — which he’d been working on with Ordinary Man producer Andrew Watt despite just releasing the latter earlier this year — has been put on hold due to Watt continuing to experience the lingering effects of Covid-19, which he contracted early on in the pandemic.

“I’m trying to write something new with Andrew, but he had COVID. He was very sick, and he still is.

“The thing about this fucking COVID thing is, I don’t think they really know what they’re fucking dealing with; it changes. One time, we’re told it’s harmful to older people; now it’s also harmful to young kids. It’s fucking weird.

“But he was one of the first ones to get it. And he’s still kind of sick with it. He had a good day and a bad day, you know? It fucks your lungs up.”

“We were supposed to be doing it, but he texted me the other day and said, ‘I have to ask for some time.’ I said, ‘Whenever you’re ready, call me.’”

I’ll say this: I admire the hell out of Ozzy’s determination and devotion to his craft. Even if we don’t ever get to see him perform live again — even if he’s unable to — the guy is never gonna stop being himself until he’s dead. I, for one, would eagerly anticipate a follow-up to Ordinary Man, and I don’t think I’m alone in that; it was very well received all around.

Metal Sucks Greatest Hits
0 -
Watch an Old Lady Rock Out to AC/DC’s “Highway to Hell”
0 -
Report: “The Number of Heavy Metal Bands in a Given Country is Associated with its Wealth and Affluence”
0 -
Navy SEAL Team Six Member: “I Wore My Demon Hunter Patch When I Blasted Osama bin Laden”
0 -
Give a Heavy Metal Valentine’s Day Card to Someone You Love
0 -
Chad Kroeger and Avril Lavigne Finally Wrote a Song So Awful that the Internet Has Collectively Rejected It
0 -
Ex-Attack Attack! Vocalist Caleb Shomo is Smarter than John Holgado