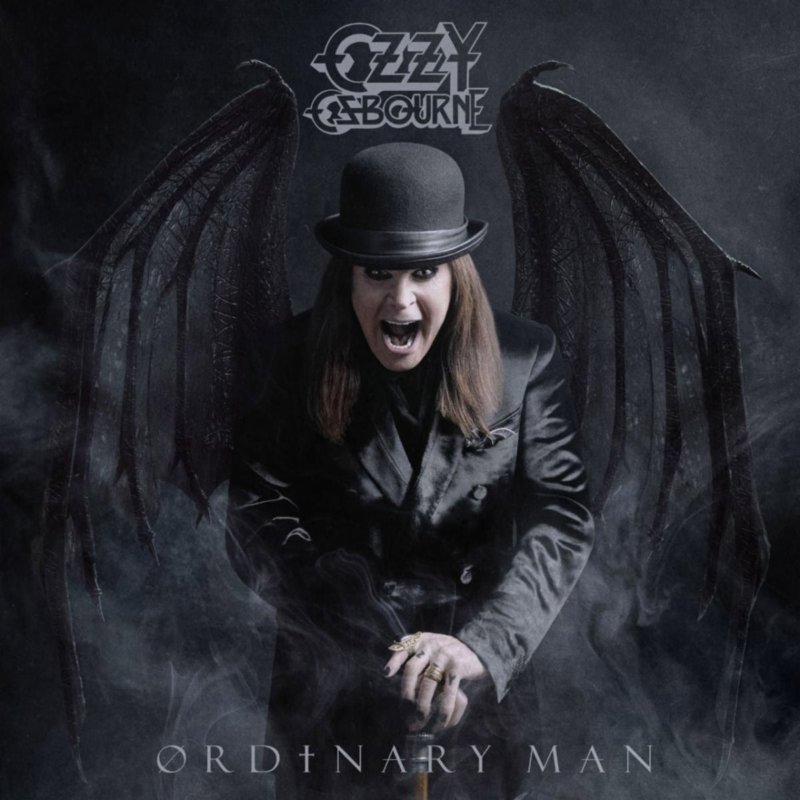 Even though he’s an undeniable metal god (happy 50th birthday, Black Sabbath!), it’s hard not to view the announcement of a new Ozzy Osbourne album with some dread. His last few releases felt unnecessary at best, and the recent tour cancelations and revelation of his Parkinson’s diagnosis paint a picture of someone who should enjoy a well-earned retirement. The fact that it’s Post Malone’s producer behind the project really didn’t inspire confidence. But you know what? Against all odds, Ordinary Man is actually pretty good. Not up to par with classics like Blizzard of Ozz, Diary of a Madman, or No More Tears, but a totally enjoyable effort from the metal legend.

The Ozzman finds himself surrounded by entirely new collaborators here — no Zakk Wylde, no Kevin Churko. Instead, it’s Andrew Watt on guitar, Guns N’ Roses bassist Duff McKagan, and Red Hot Chili Peppers drummer Chad Smith. Watt, best known for his work with rapper Post Malone, also produced and co-wrote the album. Despite his involvement with a dude with face tattoos, Watt turns out to be incredibly respectful of Ozzy’s sound and legacy. No hot beats get dropped (at least until the bonus track inclusion of his collaboration with Malone, “Take What You Want”). For the most part, it’s an appropriate exploration of his life, legacy, and mortality.

It’s not especially metal, however. While songs like “Straight to Hell” and “Scary Little Green Men” rock, it’s in more of a hard radio rock kind of way. Nobody’s really expecting Rivers of Nihil-level intensity from Ozzy, though. Set your expectations at Ozzmosis and you’ll be in the ballpark. There’s some doom (“Goodbye,” “Today is the End”), the usual ballads (“All My Life,” “Holy for Tonight”), and the big obvious singles (“Straight to Hell” again, “Under the Graveyard”). “Ordinary Man” looks back at his career with the help of Sir Elton John. Weirdly, one of the album highlights comes from the most unexpected cut — the riotous “It’s a Raid,” which uses hard-hitting drums, police sirens, and Ozzy’s sped-up vocals for a surprisingly upbeat final cut. Other than that, though, the overall vibe feels very melancholy. Lots of lyrics about death and hindsight. It’s hard to know if Ozzy expects this to be his last album, but it sure feels like it.

On the downside? Watt is a pop producer, and this thing has been produced to within an inch of its life. Ozzy’s singing has been aided by vocal effects since at least the nineties, but it’s really noticeable here (especially next to the equally-autotuned Elton John). A little bit of edge would’ve been nice. And while the songs are solid, none of them measure up to his best singles. Still, it’s nice to hear Osbourne feeling engaged and energized again — something lacking on his last few releases. If it is, indeed, his final testament, it’s not a bad note to go out on.

Ordinary Man comes out Friday on Sony. You can watch the video for “Straight to Hell” below. Pre-order the album here.

Metal Sucks Greatest Hits
0 -
50 Things You Never Knew About George “Corpsegrinder” Fisher’s Neck
0 -
So As it Turns Out, Banging Your Head a Bunch Can Be Bad for Your Brain
9630 -
Fred Durst: Still a Moron
0 -
Twenty Hard Rock and Heavy Metal Celebs’ Mugshots
220 -
Hey Guys, Did You Know That Virgin Steele are From Long Island?
0 -
A MetalSucks Exclusive: Return from The Graveyard — King Diamond on His Near-Death and New Life