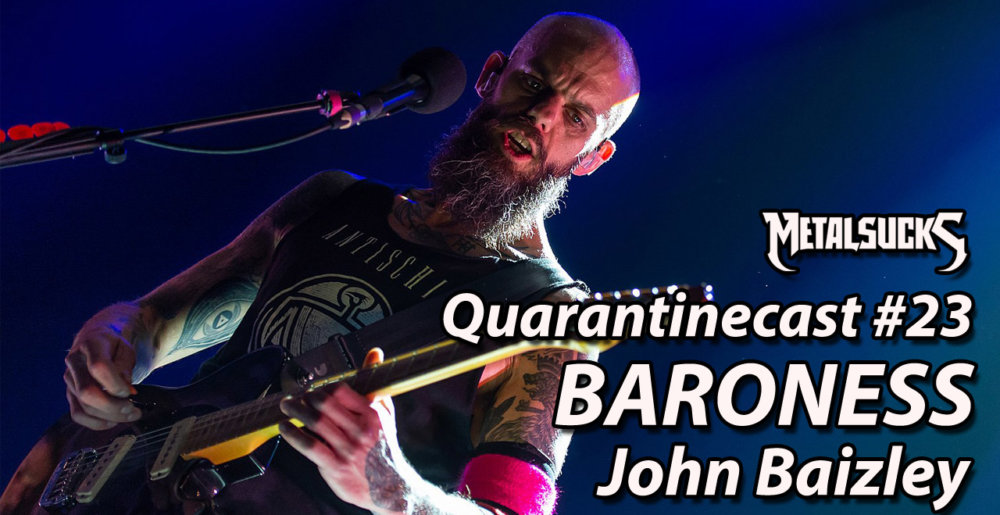 Baroness mastermind John Baizley is our latest guest. We discuss the band’s upcoming livestream performance and all the anxieties, difficulties, safety precautions and tremendous planning efforts that have gone into it, as well as new material the band has been working on over the past few months. We also reminisce about a sweaty, cramped, dangerous but absolutely raucous, energy-filled Baroness show I attended in the back of Don Pedro, a now-defunct Mexican restaurant in Brooklyn, in 2007.

Baroness will livestream a performance of their most recent album, Gold & Grey, in its entirety this Thursday, September 10, at 8pm EDT / 5pm PDT, from the Culture Lab LIC at The Plaxall Gallery in New York City. Tickets for the livestream are $14.99 and include a 48-hour replay of the event through the weekend.

Listen to the chat via the streaming embed below, or download the episode here. No YouTube video this time, sorry folks!

Who’s ready for some new Baroness?!

Other openers include Baroness, Suicide Silence, Spiritbox, and more.

Metal Sucks Greatest Hits
0 -
Thirty of the Worst Metal Band Promo Photos of All Time
690 -
Let’s Argue About Iron Maiden Album Art
0 -
L.A. Band Threatin Faked a Fanbase To Land a European Tour No One Attended
0 -
France’s Got Talent, too: Beautiful French Girl Performs Heavy Metal Song on TV
0 -
Will People Please Shut Up About the “Fake Amps on Stage” Debate?
0 -
What in the Mother of F*CK Did I Just Watch???