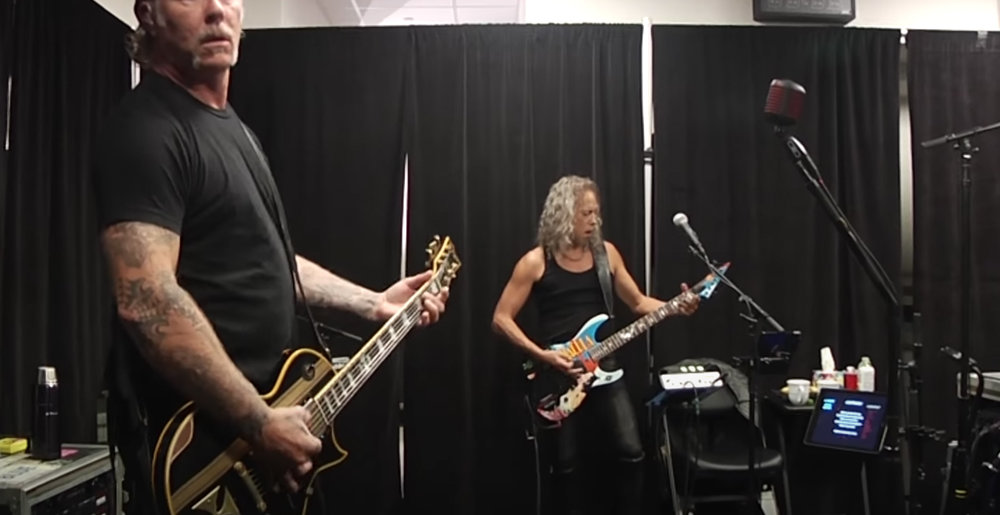 But maybe you’re still jonesin’ for even MOAR S&M²? Assuming this is the case, please enjoy the below 30+ video of the band jamming in their tuning room before each of the S&M² performances on September 6 and September 8 of 2019. My favorite part is Lars Ulrich wondering “How can you be that lonely with 16,000 people [in the audience]?”, which is, y’know, pretty telling about the celebrity mindset.

Meanwhile, Metallica have been using the quarantine to write new material, at least some of which they’re hoping to record soonish. They’ve also re-worked “Nothing Else Matters” with composer James Newton Howard for Disney’s Jungle Cruise movie with The Rock. That flick is currently scheduled for release on July 30, 2020.