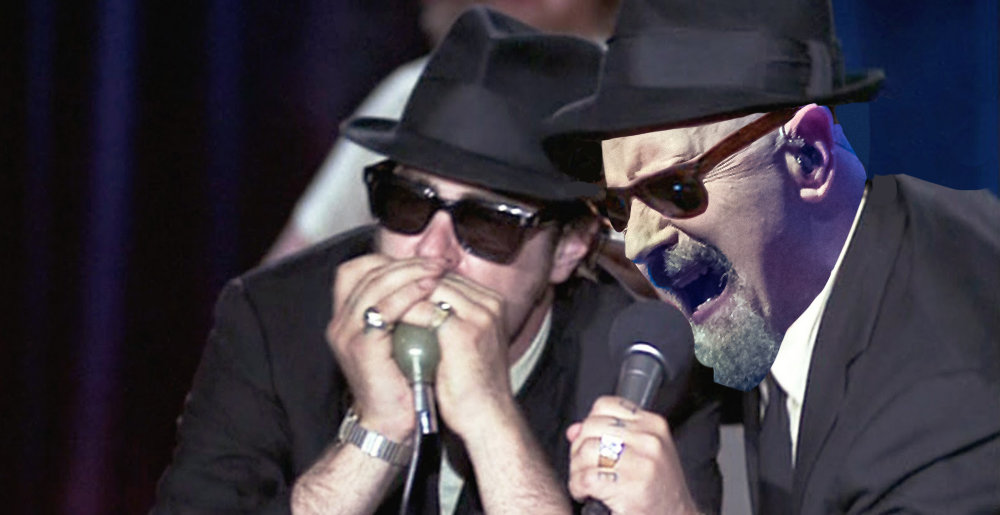 The God of Metal is apparently going to do his damndest become The God of Blues, too.

In a new interview with the Paltrocast With Darren Paltrowitz podcast, Judas Priest frontman Rob Halford reveals that he’s working on a new solo album, the material for which will be outside his usual wheelhouse:

“I’ve been working on this blues album with my brother [Nigel, drums] and my nephew [Alex Hill, son of Priest’s Ian Hill, bass] and friends that I worked with together on the Celestial album. We had such a great time, and they’re so talented. And that blues thing has never left me; it’s just part of rock and roll.

“So, it’s begun. We’re slowly putting bits and pieces together. There’s no timeline on it. We’re kicking the tires, and I’ve already got some bits of ideas here and there, and they sound great.”

Celestial, for those of you with very short memories, is the Christmas album Halford put out last year. In addition to the aforementioned Nigel Halford and Alex Hill, that release also features guitarists Robert Jones and Jon Blakey, as well as Halford’s sister/ Alex’s mother/ Ian Hill’s ex-wife, Sue, on bells. It sounds like the line-up for this blues release will be similar.

While we wait for more details, let’s brainstorm some album titles on Mr. Halford’s behalf, shall we? Some thoughts, off the top of my head:

Make your own suggestions in the comments section below.

Sponsored Links from Across the Internet
Show Comments
Related Articles
News 0
Judas Priest’s Ian Hill Thinks the Next Album Could Be Out “Sometime Next Year or the Year After”
October 6th, 2022 at 3:57pm Hesher Keenan

He also says the band’s stuck around so long because “we’re all still friends.”