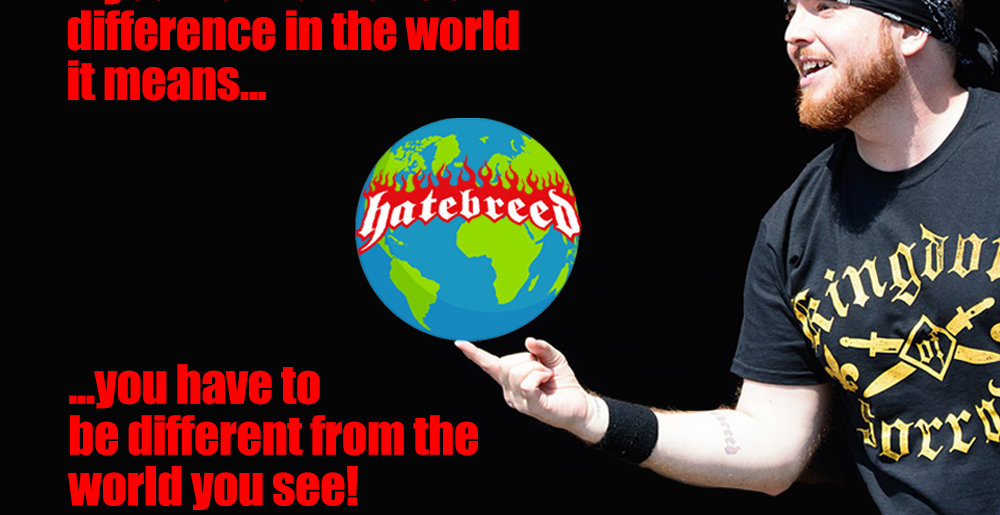 As expected, today Hatebreed have released the title track from their new album, Weight of the False Self. It’s actually the second single from the record, after “When the Blade Drops,” which came out way back in February (which may as well have been twenty years ago for all the unexpected changes 2020 has brought).

At that point, Weight of the False Self was supposed to come out in the spring. Then coronavirus happened, and the record’s release was “postponed indefinitely.”

But now the album is coming out for really real, on November 27.

So how is the song? Well, it’s an anthemic rager based around a recurring inspirational phrase that is just begging to be put on a motivational poster. So, yeah, it’s a Hatebreed song. I’m a Hatebreed fan, and frankly, an uplifting-yet-furious track like this is just what my year needed. If you’re not a Hatebreed fan or you’re the one person who has somehow thus far escaped 2020 unscathed, move along, nothing to see here.

You can listen to “Weight of the False Self” below. No word on whether or not album pre-orders will include packages of Jasta Pasta.