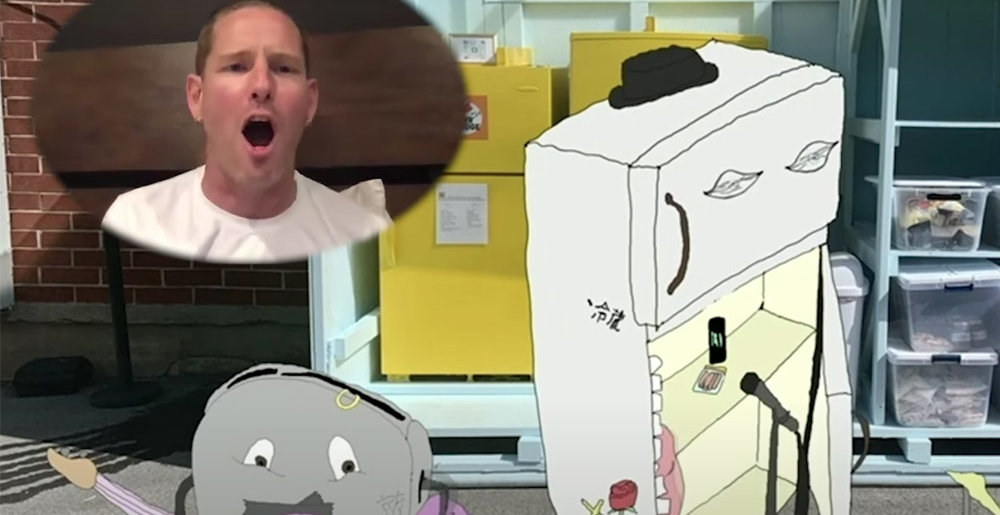 Adult Swim, which might as well be called The Shit to Watch When You’re Blazed Network, has a show called Williams Street Swap Shop, on which the viewer can “Trade goods with other viewers or sit back and enjoy the fellowship of this live, community call-in swap meet.” The program was recently fortunate enough to land Corey Taylor, singer for Slipknot and Most Valuable Multi-Celled Organism of All Time™, as a guest, whereupon Corey was asked to… voice an animated heavy metal refrigerator. Because, like. Of course that’s what you ask Corey Taylor to do.

Regardless of the strangeness of it all, because of Corey’s involvement, this now usurps \\Maytag as the single greatest refrigerator-related thing to ever happen in metal. It’s still not as good as that washing machine that moshed to Deicide, though.

ANYWAY, you can watch the relevant portion of the show below, or stream the entire episode here.

Corey’s debut solo album, CMFT, comes out October 2. That same day, Corey will perform what is guaranteed to be the most importantest streaming event of ever ever ever. Get details here.