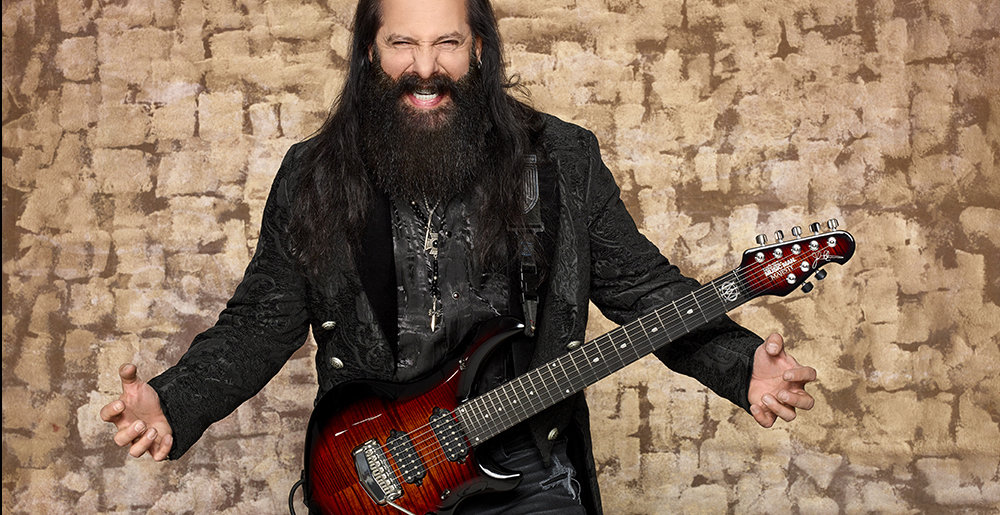 Ernie Ball’s stock soared this morning after Dream Theater guitarist John Petrucci announced that he was considering adding an eighth string to his axe for the new Dream Theater album.

“One of the things I’ve talked about for a while now – there have been rumors, the rumors are correct – is the developing of an eight-string model. Why not add one more string?

“So, specifically, we are going to come out with an eight-string Majesty model, and that is something that’s being developed, it’s been a project that we’ve been working on – myself and the engineers that are in Ernie Ball Music Man.

“And it should be ready in some form, even if it’s a prototype, for me to be able to use on the next Dream Theater album.

“I’m looking forward to that. It’s going to be – as all the Ernie Ball music man instruments are – it’s gonna be amazing. It will be the best, it’ll be an incredible eight-string.

“For me, I don’t play eight-string guitar – I never really played one, so I’m looking it as an opportunity to experiment with a brand-new instrument, very much the way when I got my first seven-string was when Dream Theater was in the studio writing for the Awake album.

“And I got a seven-string, and we wrote ‘The Mirror’ right off the bat. I’m looking for that same kind of inspiration from the eight, so I’ll treat it, the development of the guitar, from my own perspective, as a player, and I’m looking forward to that. Ernie Ball Music Man JP signature eight-string, coming sometime soon.”

As a result of Petrucci’s comments, shares in Ernie Ball rose from $47.64 to $4,7640,000 on the Nasdaq. Sources tell MetalSucks that the instrument manufacturer is now scrambling to produce more strings in anticipation of increased demand.

While the idea of Petrucci using more strings is obviously life-changing regardless of the number at hand, it is worth noting that 8 has many special qualities and connotations which make it especially exciting, as exemplified by these 8 facts:

Dream Theater are expected to begin writing a new album this year.

[via Ultimate Guitar by way of Metal Injection]

Metal Sucks Greatest Hits
0 -
The Black Dahlia Murder’s Trevor Strnad Rants Against Music Pirates
0 -
The formula 4 good music: Generic, but with a gimmick (*please read*)
0 -
Footnotes: A Handy Catalog of Every Song from Which Avenged Sevenfold’s Hail to the King “Borrows”
0 -
I Am The Working Class: The MetalSucks Interview with Fenriz
0 -
Elvira Defends Rob Zombie’s Munsters Casting: “Sheri Is Freaking Adorable as Lily Munster”
0 -
L.A. Band Threatin Faked a Fanbase To Land a European Tour No One Attended