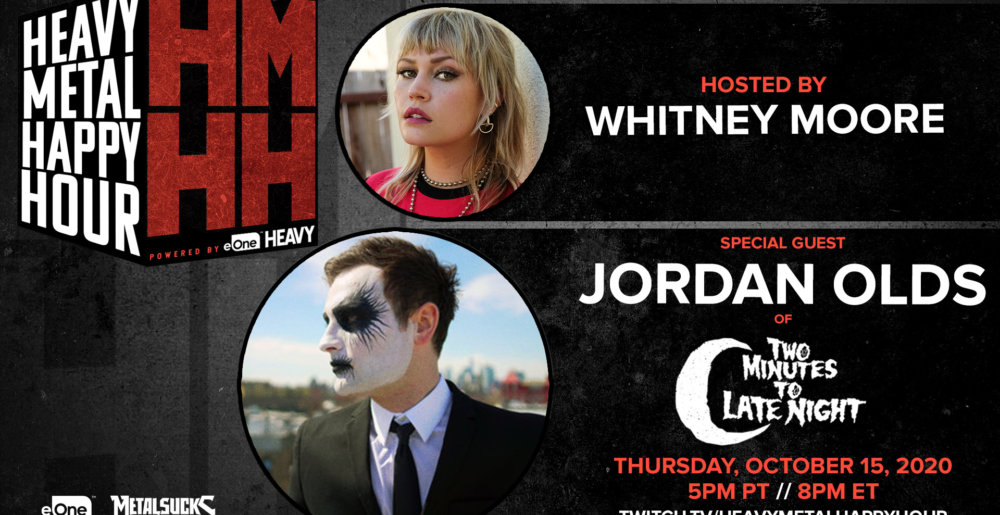 Whitney and Jordan will talk about the all-star quarantine covers he’s been organizing, metal in general, and whatever the heck else they want as Whitney spins metal tunes while fans ask questions and chat with Jordan and one another.

Tune in to Heavy Metal Happy Hour via Twitch on Thursday, October 15, at 8pm EDT / 5pm PDT! The broadcast runs for an hour. Don’t be late! And don’t forget to bring something delicious and alcoholic to drink!

Here’s a clip from last week’s episode of Lajon from Sevendust sharing a memory about Eddie Van Halen:

Sponsored Links from Across the Internet
Show Comments
Related Articles
Viral Vomit 0
The Crowdkilling Mummy is Kind of a Dick in Two Minutes to Late Night’s “Monster Mosh”
October 27th, 2022 at 11:48am Hesher Keenan