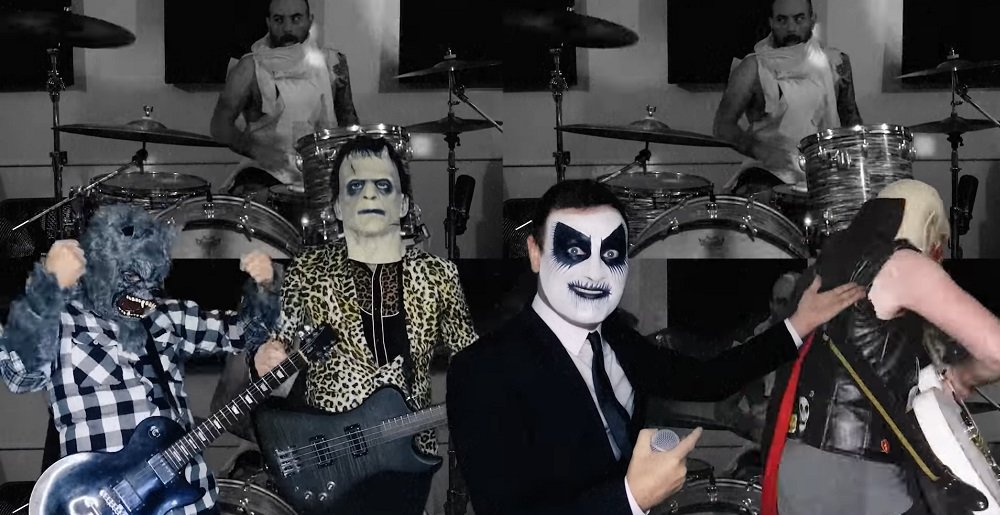 So it turns out that even at a show full of undead monsters, there’s plenty of assholes that we hate to see at a gig. At least that’s the case if Gwarsenio Hall (Jordan Olds) and the folks behind Two Minutes to Late Night are to be believed in their latest music video, “Monster Mosh.”

Obviously done as a play on the 1962 Bobby Pickett song “Monster Mash,” the parody song and video posted earlier this week takes the wholesome song about a fun Halloween party attended by legendary monsters and turns it onto one big ass hardcore show, complete with a mosh pit where “beef gets squashed” and you could get “stomped into goulash.”

Ever since the pandemic hit, the Two Minutes to Late Night crew have shifted from their regular live variety/talk shows at the St. Vitus Bar in Brooklyn to a series of online covers and parodies featuring some of metal’s biggest stars making some seriously badass music.

This go around, we can’t tell who’s behind the music because of the getups. That being said, the song’s insanely catchy and mosh-worthy enough that I kinda want to kick down a door and demand candy instead of politely say “Trick or Treat.” You should check out the video below and pick up their Halloween-inspired The Monster Mosh EP over on their Bandcamp page.