Metal Sucks
Metal Sucks Cynic Frontman: “Sebastian Bach Did the Right... Bring Me the Horizon’s New Song Will Bring...
- Tweet SHARE
Enlarge
...And F*ck You Too 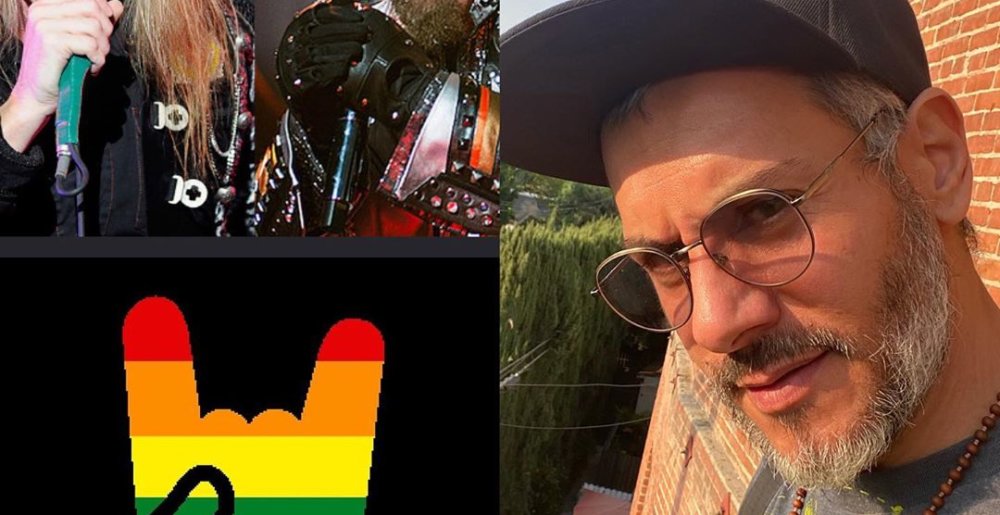 One might not expect to see Cynic and Skid Row in the same headline, but a story making the rounds today involving a homophobic slur leveled against Judas Priest’s Rob Halford has the hair metal icon and prog wizard united.

Bach recently appeared on The SDR Show but ended the interview prematurely after one of the hosts, comedian Big Jay Oakerson, made a homophobic joke about Judas Priest frontman Rob Halford. While discussing pre-show vocal warm-up rituals, the ex-Skid Row frontman revealed that Halford has claimed not to need such exercises. To which Oakerson responded, “[Halford’s] exercise is probably something gay he doesn’t wanna tell ya.” Then, imitating the Judas Priest vocalist, Oakerson continued, “You gotta gargle jizz, but I dunno how to tell you that, Sebastian.” Bach got mad and accused Oakerson of wrecking the interview, saying “Rob Halford is a friend of mine… so spare the comments… Maybe you should skip those kinds of comments,” then abruptly left the Zoom call. In a subsequent interview on the same show, Halford addressed the incident in stride, but that hasn’t stopped the metalnets from being all abuzz about the issue today.

And that’s where Cynic frontman/guitarist Paul Masvidal comes in. Masvidal is also gay, having come out publicly in 2014, and has taken to his personal Instagram account to vent that homophobic language is still an issue with which gay people need to contend, expressing support for Bach for walking out of the interview despite Halford’s own diffusion of the issue. He said:

“Sebastian Bach did the right thing:

“Bach was honorable in walking out of the Sex, Drugs & Rock n’ Roll Show. What no one is talking about here is how homophobia is culturally perpetuated when a comic can use the word ‘gay’ in a derogatory way disguised as humor. Straight dudes need to stop being dickheads and realize how primitive and dumb they sound when they make comments like this. It’s demoralizing to reduce someone to a crass sexual stereotype. And this ain’t about being uptight. It’s about ending the normalization of homophobic bullshit. And in the same way that Bach has grown up since the days he’d wear “AIDS: kills fags dead” T-shirts, Big Jay Oakerson needs to as well. He shouldn’t feel justified because Halford defused it. We need more of this as a precedent for how to be a decent, evolved human being in today’s world. Thank you, Sebastian.”

And that’s how Cynic and Sebastian Bach ended up touring together in 2022, or whenever live shows return. I’ll be there! Maybe Oakerson can open to revive his flailing career.

It’s been a minute, but they’re back.