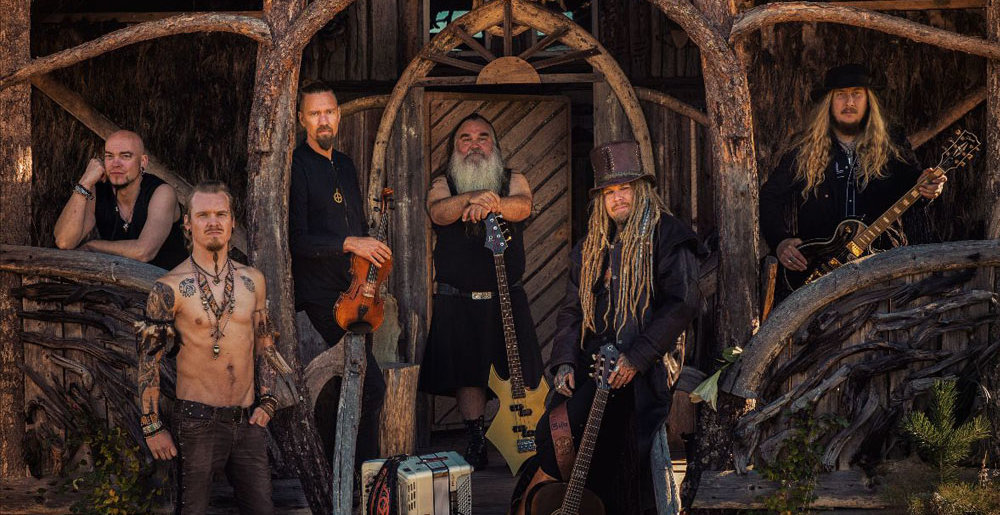 Korpiklaani, the best Finnish folk metal band whose name has two consecutive vowels of all time that I can think of right now, have announced that they’ll release a new album, Jylhä (Finnish for “majestic”), on February 5.

They’ve also released the first single, “Leväluhta,” which I assume is about this place in Finland. The music video for the song is creepy as fuck. Not so much the narrative part, but every time frontman Jonne Järvelä broke the fourth wall, a small shiver cascaded down my spine. He looks like a children’s magician some single dad hired for his kid’s birthday at the last minute.

Says Järvelä of the album and song:

“Jylhä is not just a battering heavy metal record, it’s also our most volatile full-length album to date. For example, some of the new songs feature energetic punk rock influences and there are even some audible laid-back reggae-rhythms, like our first single, ‘Leväluhta.’”