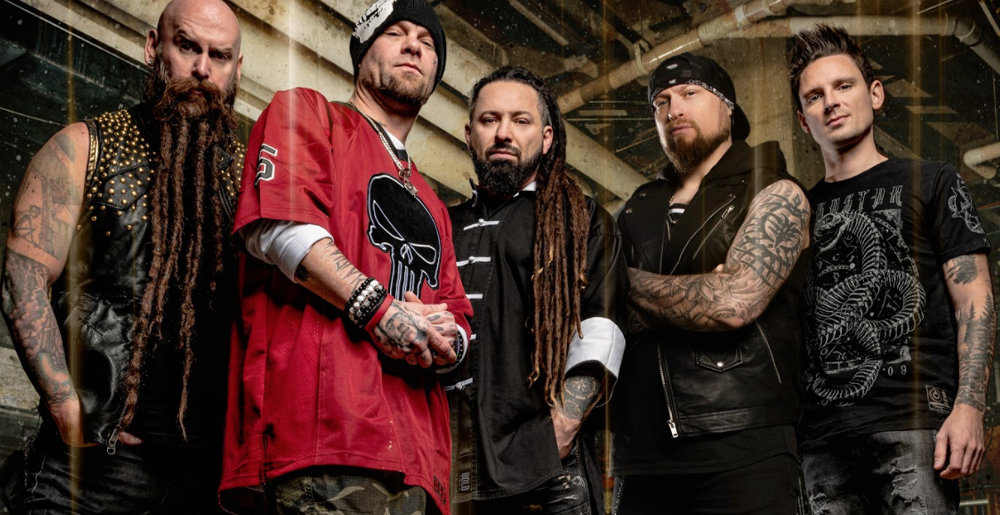 I’m currently incapable of separating Five Finger Death Punch from their recent cringey anti-mask music video. Not that I ever had much respect for the band on a musical level, and they’ve certainly always catered to the conservative side with their rah rah ‘Murica support the troops bullshit, among other issues. But right now? Are these clowns among the 68 million some-odd Americans that voted to keep the lying, racist, deceitful sack of shit known as Donald Trump in the White House for another four years? I’m having a real tough time accepting that so many people in America are at a minimum OK with that kind of behavior.

So why am I posting their new song, “Broken World,” thereby giving them incremental YouTube ad revenue? It’s my job to call bullshit when I see it, we have NEVER pulled punches on MetalSucks, and I’m upset/angry and I need to vent. What’s more, I highly doubt the couple of hundred hate-clicks or whatever this post generates will be lining Zoltan Bathory’s patchouli-filled pockets. It’s fine. I’m not even going to get into this song’s lyrics, which I didn’t listen closely to… I’m sure they’re silly.

Check out the song below, or right here if the embed isn’t working. It’s a previously unreleased cut that comes from a forthcoming greatest hits collection I definitely will not be citing or linking to for the reasons outlined above, but you can easily find it if you so desire.

Side note: Ivan Moody is totally a yarler. Never noticed it until now!

Metal Sucks Greatest Hits
2760 -
Who Are The Top Ten Lyricists?
0 -
Nothing to See Here, Just Some Photos of Cats Wearing Metal Battle Vests
0 -
‘Til Death Do Us Part: Metal + Hard Rock Musicians’ Wedding Portraits
0 -
Thirty of the Worst Heavy Metal Album Covers of All Time
0 -
Elvira Defends Rob Zombie’s Munsters Casting: “Sheri Is Freaking Adorable as Lily Munster”
0 -
A MetalSucks Exclusive: Return from The Graveyard — King Diamond on His Near-Death and New Life