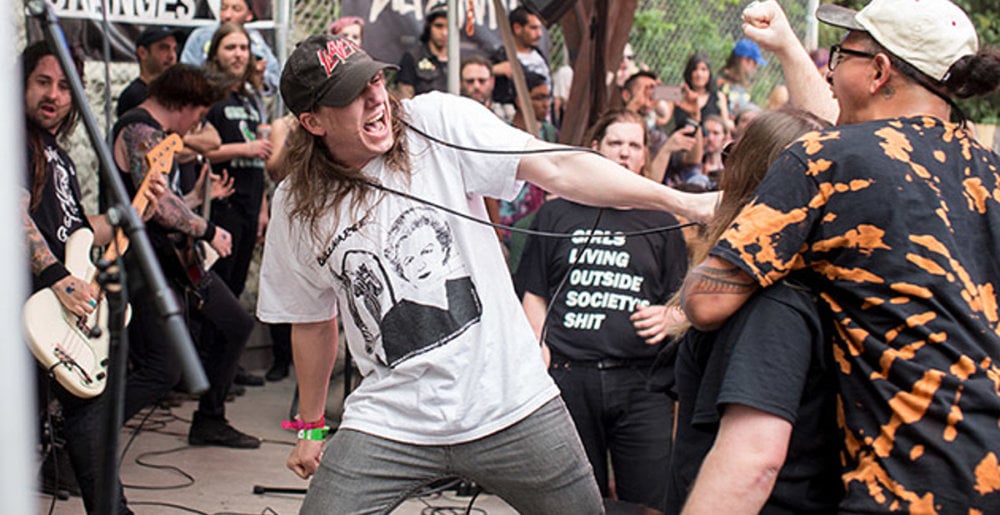 The metal world continues to mourn the loss of Power Trip frontman Riley Gale, who died in August of undisclosed causes at only 34 years old. Some folks have paid tribute to Riley with cover songs, some have done it with news broadcasts, some have posted street art in his honor, some have shared good old fashioned words, and one person even made a custom action figure.

Few of those are likely to have as large a lasting impact as a new transitional home for LBGTQ youth in the Dallas, TX area that will be named in Riley’s honor. Dallas Hope Charities, the organization to which the band asked donations be sent in Riley’s name following his death, recently purchased a facility that will accommodate eight people age 18 to 24. The organization was launched in 2018 and has been in a transitional building, Dallas Hope Center, since then.

The outpouring of love and donations in the wake of Riley’s death led directly to the nonprofit’s purchase of the new facility, said Dallas Hope Charities CEO Evie Scrivner:

“We had no idea what that would result in, but the metal, thrasher community is like the most giving, generous, connected — it’s crazy just the people that have come together.”

Scrivner said that the charity’s relationship with Power Trip began in January, when the band began donating a portion of ticket proceeds.

A ribbon-cutting ceremony will be held on December 1. In October, DHC announced it would also be naming a library after Gale, featuring many of Riley’s own books donated by his family.

You can read the full report over at The Dallas Observer.