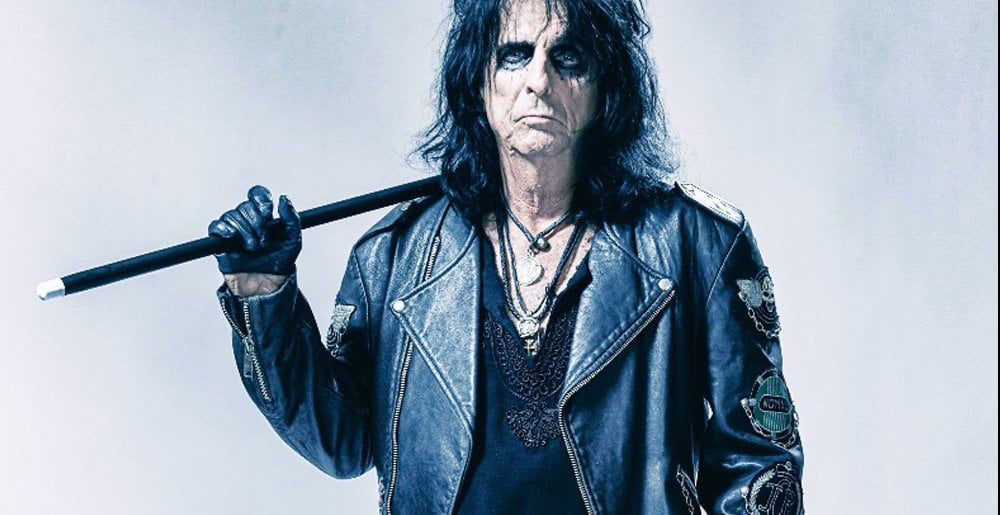 Alice Cooper will turn 73 in February, which is just, like, bonkers. But never one to let his advancing age slow him down, that same month he’ll release his 21st full-length studio album, Detroit Stories (yes, Cooper is originally from Detroit).

The first single, “Rock ‘N’ Roll,” is due to be released this Friday, November 13, which is obviously appropriate (not least of all because of Mr. Cooper’s various contributions to the best Friday the 13th movie, 1986’s Friday the 13th Part VI: Jason Lives).

Here’s the tracklist, which, mercifully, does not include “Don’t Give Up,” the incredibly saccharine song Cooper released this past May:

Detroit Stories drops February 26 on earMusic. No word on whether or not pre-orders will come with Alice Cooper branded chocolate milk.

We will of course let you know when the single is released Friday.

Metal Sucks Greatest Hits
0 -
Watch: Bruce Dickinson Rips On Fan for Smoking Weed at Iron Maiden Show
0 -
Incredibly Metal Six-Year-Old Girl Terrorizes America’s Got Talent
0 -
Having a Rough Day? Try Hatebreed Motivational Posters!
0 -
Report: “The Number of Heavy Metal Bands in a Given Country is Associated with its Wealth and Affluence”
0 -
Footnotes: A Handy Catalog of Every Song from Which Avenged Sevenfold’s Hail to the King “Borrows”
0 -
Op-Ed: Metal Vocalists Have Become Irrelevant