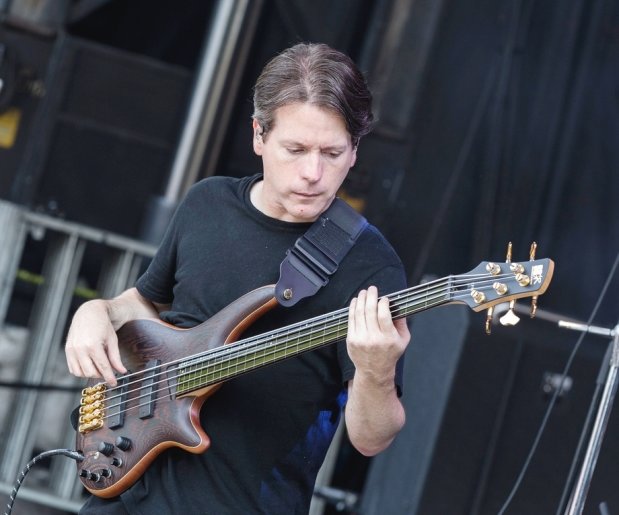 Longtime Cynic bassist Sean Malone has passed away. He was only 50 years old. No cause of death has been publicly revealed.

“I learned today that Sean Malone has died. I am numb and grief stricken. He had a brilliant mind, a gracious heart and was one of the greatest musicians I’ve ever encountered. I know that this is a shocking loss for so many fans whose lives he touched with his artistry, as it is for me. Please keep him in your thoughts and listen to his playing to celebrate his life.”

Malone was in and out of Cynic a number of times over the years but appeared on all three of their full-length albums and is widely considered to be their “classic lineup” bass player. He first joined in 1993 for just long enough to play on the band’s seminal album released that year, Focus. He rejoined in 2008 and appeared on Cynic’s return to form reunion album, Traced in Air, before leaving again. He spent a brief stint with the band in 2011, then rejoined for good in 2012, recording on Kindly Bent to Free Us in 2014.

Malone was known for his work on the fretless bass, one of the first players to bring that style, which would become a hallmark of Cynic’s sound, into metal. He also played the Chapman Stick. He played as a session musician on over 50 records over the years, and put out one release under his own name, Cortlandt, in 1996.

This has been a particularly tragic year for the Cynic family: this past January, longtime Cynic drummer Sean Reinert died. He was only 48 years old. Reinert’s request to have his organs donated was denied due to his status as a gay man.

On behalf of everyone at MetalSucks, we wish Sean’s family members, friends and bandmates all the best during this incredibly difficult time.

Metal Sucks Greatest Hits
7810 -
Does Anyone Know What the Hell Clown from Slipknot Is Talking About?
0 -
Photos of Metal Musicians When They Were Kids
0 -
Drummer Mark Castillo Receives Cochlear Implant, Quits Emmure
0 -
BREAKING: Some Local Band Called Shrapnel are Tired of You Leaving the Show Before Their Set
450 -
Free Download for Your Listening Pleasure: NYC Sucks, Volume 1, Featuring The Best of New York City’s Metal Scene
0 -
Navy SEAL Team Six Member: “I Wore My Demon Hunter Patch When I Blasted Osama bin Laden”