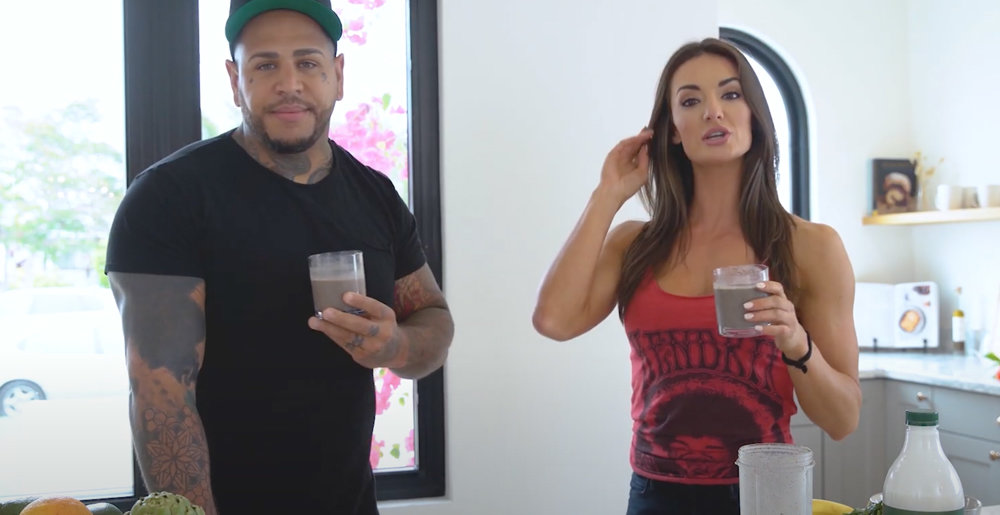 In a statement e-mailed to MetalSucks by a representative for Vext earlier this afternoon, the vocalist says:

“The allegations made against me by my former girlfriend are not true. Given the ongoing civil dispute between us, I am not at liberty to say any more at this time. I look forward to resolving this matter in court.

The allegations were first published yesterday by MetalSucks based on documents obtained from the Superior Court of California.

Johns, who turned 30 on November 29, alleges that Vext, 38, assaulted her numerous times “both during and after the relationship.” She claims that the singer hit her in the face with enough force to draw blood, dragged her by the hair, and put her in a chokehold for a sufficient amount of time that she nearly lost consciousness, among other accusations. She goes on to say that Vext “knows where I live and I am terrified for my life,” claiming that he has verbally threatened to kill her more than once. Johns sought a Domestic Violence Restraining Order against Vext on Friday, April 17, 2020, which was partially granted and has since been extended several times due to both the coronavirus pandemic and requests from Vext’s lawyer.

Vext is scheduled to appear in court today, Wednesday, December 9, possibly virtually due to the pandemic (he is currently in St. Louis according to a story on his Instagram page).

In addition to temporarily filling in for Five Finger Death Punch singer Ivan Moody during a 2017 tour of Europe, Vext has also fronted Snot, the Westfield Massacre, and Divine Heresy. He was fired from the latter band in 2008 after allegedly assaulting its guitarist, Dino Cazares, and Cazares’ then-wife, Jennifer Pagan Cazares.

Metal Sucks Greatest Hits
0 -
What if Black and Death Metal Albums Were Children’s Books?
0 -
BREAKING: Some Local Band Called Shrapnel are Tired of You Leaving the Show Before Their Set
0 -
Today in Dream Theater Shirts: Metalhead Veterinarian Fired for Bestial*ty
1480 -
Being in a Band is for Losers [Scientific Proof]
0 -
The Single Greatest Analysis of Nickelback’s Work Ever Written
0 -
Let’s Gossip About How Much Money Famous Metal Vocalists Make