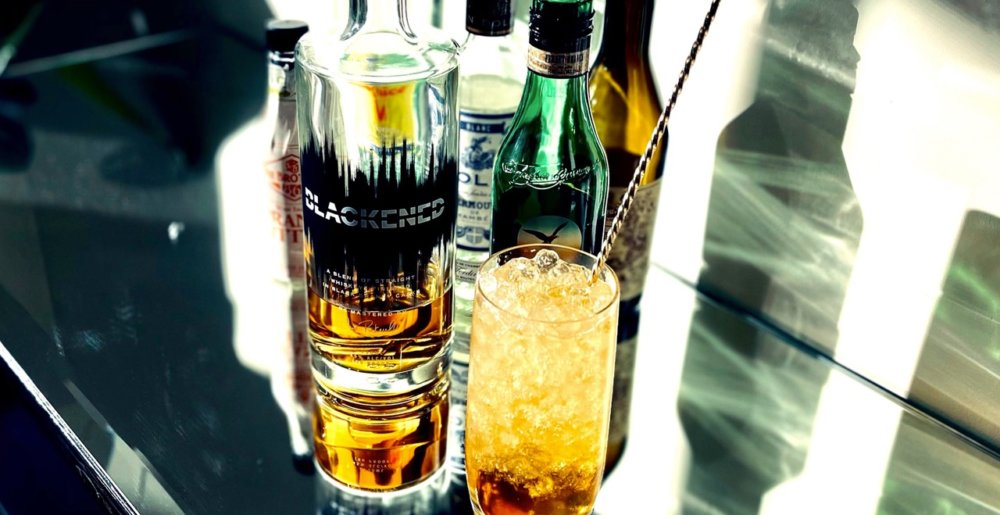 Metal Cocktail of the Week, Powered by Metallica’s Blackened Whiskey: Duff’s’ “The Orion”

Lucky for you, drinking is recession-proof. To that end, to help out some of our favorite metal venues and bars around the country and bring visibility to this important issue, MetalSucks and Metal Injection have teamed up to on Metal Cocktail of the Week, a series which features one cocktail each week concocted by one of the venue or bar’s resident hesher mixologists. What’s more, we’ve partnered with Metallica’s Blackened Whiskey to present the entire series, which will consist solely of delicious beverages you can make with the most metal whiskey of all.

Today’s recipe comes from Brooklyn metal mecca Duff’s, the destination metal bar for local headbangers and touring bands alike. Duff’s drips metal history, with memorabilia stacked wall to wall, floor to ceiling and even ON the ceiling, and has been providing us with inspiration (and alcohol) since before this website’s inception. The cocktail comes from the bar’s proprietor himself, Jimmy Duff, and features a whole host of different spirits mixed with Blackened for a delightful concoction he’s dubbed “The Orion,” likely because it’ll send your head into the stars. Jimmy says that while “it’s a bit fussy” he promises “it does taste good.” Here’s how to mix it up:

Stir and strain over ice in a collins glass. Top with seltzer.

Check back next Monday for another Metal Cocktail of the Week Powered by Metallica’s Blackened Whiskey. Previous entries in the series so far: