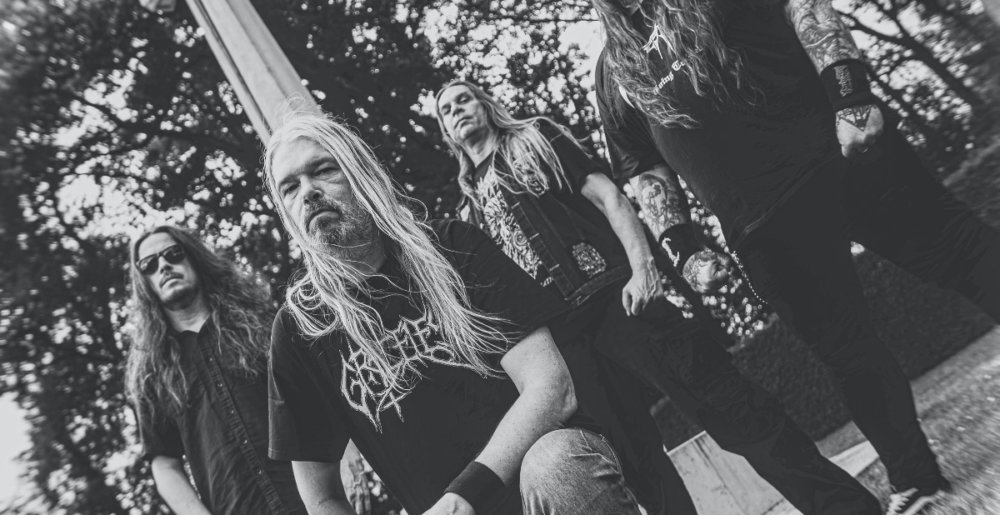 Dutch death metallers Asphyx have unveiled their latest single, “The Nameless Elite,” along with a music video.

The third single from the band’s forthcoming album, Necroceros, features a stomping, mid-paced groove underneath the band’s trademark plodding riffs. Frontman Martin van Drunen offered of the song and video:

“This third single of our forthcoming ‘Necroceros’ album is entitled ‘The Nameless Elite’ and is about modern-day warfare, especially about the brave men and women in the many international elite units that combat any form of terror to protect us all against violent acts of insanity. We thought the location at the Overloon War Museum was a fantastic one to shoot a video for any kind of song dealing about war and the Sherman tank in the clip actually did serve during WWII on the battlefields in that area. It may not be directly related to the content of the track, but Asphyx is a band that has always and will always take on any subject concerning war, without glorifying it. War is Hell.”

Here’s your guide to all of this week’s heaviest new releases! Includes Asphysx, Therion, Nervosa, and more!!!

No, really, the Knights Templar were big into finance.

Metal Sucks Greatest Hits
0 -
The Best Metal Albums of 2013, As Chosen by Metal Musicians Themselves — Part I: Machine Head’s Robb Flynn
0 -
Iudicia is Your New Favorite Band
0 -
The Top Ten YARLERS of All Time
0 -
Joey Jordison Claims He Was Fired from Slipknot Via a Singing Telegram
540 -
Matt Pike’s Top Ten T-Shirts
0 -
Meet Ironbunny, the New Babymetal