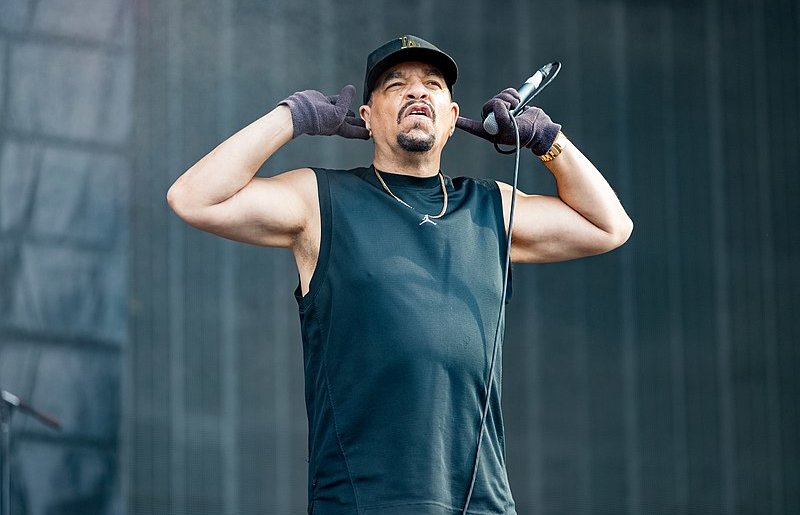 During a recent appearance on The MetalSucks Podcast, rapper, actor and Body Count frontman Ice-T revealed the details of a new book he’s currently writing.

The book is a collaborative effort with an old friend named Spike — “me and him were involved with crime, heavy in the streets before I started making music,” Ice explains — and tells the story of their split lives since, with Spike getting busted after “one last mission” and spending 26 years in prison while Ice became a highly successful musician and actor.

Tentatively titled Split Decision, Ice is no stranger to books, having penned Ice: A Memoir of Gangster Life and Redemption– from South Central to Hollywood in 2011.

“I had a friend, his name is Spike, and me and him were involved with crime, heavy in the streets before I started making music. What a lot of people don’t know is that I didn’t make music until I was 27. I had [spent] half of my life breaking the law and we did it side by side so a lot of these stories from Ice-T’s past, he was in the car. So you’re going to hear these stories.

“But then what happened was when I tried to be a rapper, he [did] too. And I had a moment where I said, ‘I’m no longer breaking the law, I’m not going to do it anymore, I’m going to try to go this route.’ He heard that but he went on one last mission and he sent two crews out to do two jewelry store robberies. One crew got away and the other crew, someone got murdered and they gave him the murder for being the mastermind and he ended up doing 26 years in prison. They made him take a 25 year bid where he couldn’t appeal it and he had a life sentence.

“But he ran the scared straight programs and all that stuff in there because he wasn’t really a killer. But he got a murder rap. [When] he came home he was like, ‘Ice, I wanna write a book.’ And I was like, ‘No one wants to hear your story because you’re not special. The only thing special about you is your friend was successful.’ So that’s when I got the idea, why don’t we co-write a book together where we show that one split decision could change the trajectory of two people’s lives?

“So the book starts with us together, then when he makes his mistake, while he’s in prison, he’s telling you what’s going on in the yard, such and such, people are in a riot and I’m over here doing New Jack City. You feel me? And it goes through all these different zones to where we meet up now. He’s back with me, he’s on the road with us.

“But it’s a cautionary tale to tell people, our kids, whoever reads it; prison is only one decision away. One mistake. One minute of road rage, one slip. So you have to make sure everything you do is thought out.

“The cool part about the book is that he could have become the star and I could have done the prison time. We were so parallel in what we were doing that I could have been the guy saying, ‘Hey, let’s get this little war chest together so I can be glossy and I can look good.’

Ice-T elaborated on the process of writing the book with noted crime author Douglas Century helping out:

“We’re in the middle stages. When you do it with a writer you’re just doing super in-depth interviews. They do deep interviews and they put it in a format, then they take your words and they put it into chapters. Then they give it to you, you read it back and you edit it. So kind of like when using a ghostwriter, they’re writing your words and you edit it and make it official.

“I mean, some idiots will have a ghost writer and they won’t even read the fuckin’ book, like Donald Trump. The way it’s done correctly is they hand you back the chapters and you say, ‘Nah, I didn’t say that, change that. We can make this better.’ But they kind of move it forward ’cause they know how to write books, it’s a procedure. Say for instance they interview you and you talk about your mom. Three days later, you might segue and say something about your mom, well, that writer will bring those two conversations together.

“So Doug did my last book, ‘Gangster Life and Redemption – from South Central to Hollywood,’ and everybody loved it and I loved it and it sounded like me talking, written like that. He knows how to do that.”

You can listen to our full chat with Ice-T right here or below.

Their most recent album, Carnivore, was released last year.