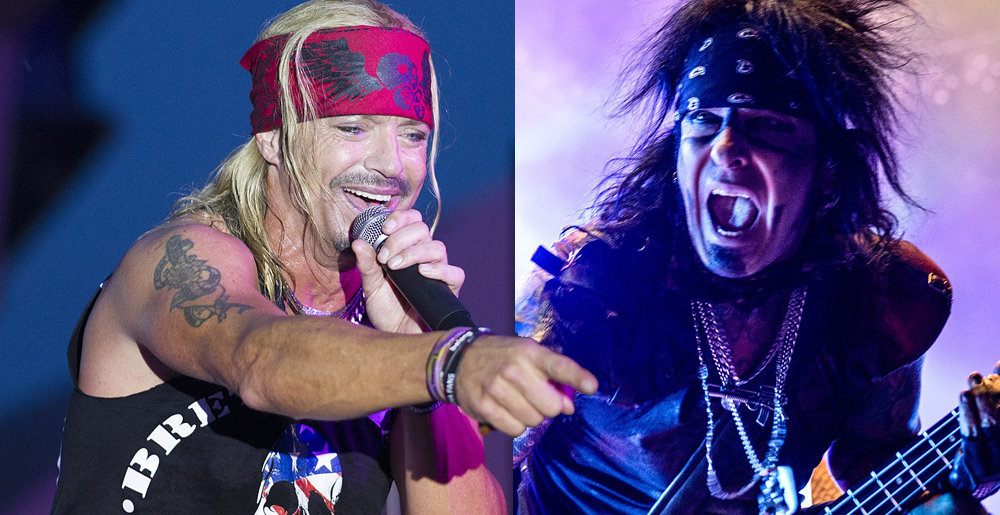 Saddest Story Ever: Catfish Victim Believes She Is Engaged to Bret Michaels and Is BFFs With Nikki Sixx

This is the official description for the Dr. Phil episode set to air today (Wednesday, January 27):

“‘My friend Tina believes that she is in a relationship with rocker Bret Michaels,’ says Vivian. ‘I am convinced that she is being catfished by someone pretending to be him.’

“‘I love Bret Michaels, and he loves me,’ Tina declares. ‘After three weeks of talking back and forth, he said he was falling in love with me …  Several months ago, we were talking, and he had us take the oath over the Bible that we would be devoted to each other. After we took the oath, he proposed to me, and I said yes.’

“However, Tina and the man she believes is ‘Bret,’ whom she met on Instagram, have never spoken on the phone, and their entire communication is through text messages. ‘He tells me management pretty much controls him, that he can only text me,’ she says. ‘He can’t talk to me on the phone or send a video for privacy and security reasons.’

“On Wednesday’s episode of Dr. Phil, find out what happens when the real Nikki Sixx surprises Tina face-to-face, and she receives a video message from the real Bret Michaels.”

I warned you it was depressing.

It would be easy to make fun of this woman, who has so obviously deluded herself (a video clip from the episode reveals that she sent ‘Nikki’ $4,300 — money which, Dr. Phil points out, a rock star would almost certainly not need)… heck, it would be easy to make fun of the fact that she actively wants to be engaged to Bret Michaels, of all people… but she’s obviously very sad and very lonely. Assuming all of this happened in the past year, she’s also presumably struggling with all the same pandemic-related-stresses as the rest of us. Honestly, I’m almost relieved she’s caught up in this and not QAnon, which appeals to similarly-lonely people.

Mostly, though, I hope someone just gives this lady a hug and helps her set up an online dating profile. She probably won’t land a rock star, but she could certainly meet someone nice who won’t scam her and treat her like shit.

Go here to watch a preview of the episode and here to find out when it will air in your location.