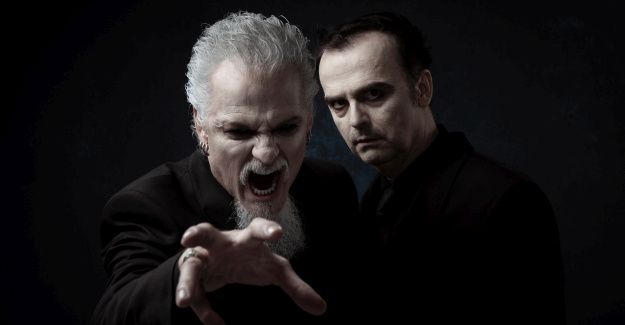 Hansi Kürsch Quits Demons & Wizards: “My Collaboration With Jon Schaffer Is Over”

After twenty years, Hansi Kürsch (Blind Guardian) has announced his departure from Demons & Wizards, his side project with Iced Earth guitarist Jon Schaffer.

In a statement released to Rock Hard, Kürsch says:

Interestingly, Century Media removed both Demons & Wizards and Iced Earth from their current and former artist pages last month, but declined to officially comment on the matter. The fact that Kürsch informed the label of his departure from Demons & Wizards suggests they may not yet have been dropped from the roster after all.

Schaffer was arrested in Columbus, IN on January 17 for participating in the pro-Trump riot at the Capitol last month.

Both Iced Earth and Schaffer’s other project, Demons & Wizards, no longer appear on the current or former artist pages of Schaffer’s longtime label, Century Media. The label has yet to issue a formal statement as to whether or not they’ve dropped the two acts.

As of Friday, January 29, Schaffer was being held in Marion County Jail in Indianapolis, IN, awaiting extradition to Washington, D.C.