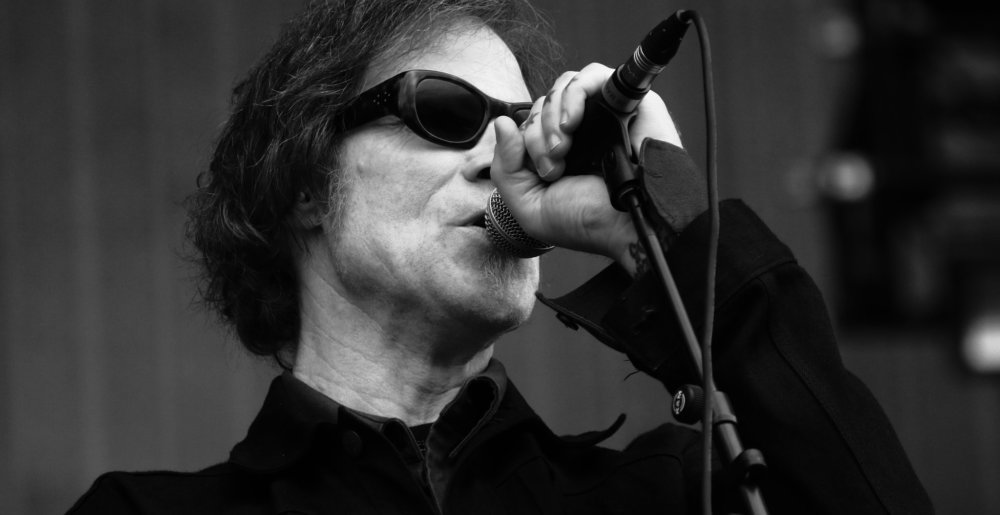 Cult of Luna guitarist Johannes Persson was our guest on a recent episode of The MetalSucks Podcast to talk about the band’s new EP, The Raging River.

Among the topics we covered — including the band’s decision to release the EP independently and the endless artistic struggle of coming up with new ideas — Johannes told us how the band’s collaboration with Mark Lanegan (ex-Screaming Trees, ex-Queens of the Stone Age) on the song “Inside of a Dream” came to fruition.

“I’ve been a fan for years from seeing him numerous times. Queens of the Stone Age, Soulsavers, he played Stockholm on many occasions. I think I got introduced [to his work] on the [Queens album] ‘Songs for the Deaf.’ Very late in his career, I know that now, and I can only blame myself. I probably heard Screaming Trees before that, but the thing that really caught me was his [solo] album ‘Bubblegum,’ which came in 2005, maybe? [It was 2004. -Ed.] And I listened to that religiously. It’s still one of my absolute favorite albums.

“I think it was during that time we wrote ‘Somewhere Along the Highway’ and we had a song that ended up on the album called ‘And With Her Came the Birds.’ During the writing process we called it ‘The Lanegan Song’ because we thought it would be great to have Mark Lanegan sing on it. But at that point we were kids with not much self-confidence… it was just a fantasy, something you say, ‘It would be great if he would do it.’ But we never asked. When you’re young and you’re in the early years of your career you think that people are unreachable in a sense of being larger than life. But now we’re old. [laughs] I don’t know, maybe it is that we’re in a different place when it comes to the size of the band and that the self-confidence maybe has grown because of that or because of the age or whatever.

“But we had this song [‘Inside of a Dream’]. I had a pretty clear idea of what I was after when we recorded it and wrote it. And when we went back to it to start to talk about it, it was just an idea. It was almost a joke. ‘Maybe this is the song we’re finally going to ask Mark to do,’ and I, half serious, half as a joke, called our manager. ‘Hey, you know any way to get a hold of Mark for this?’ And he was like, ‘Yeah, I know his manager really well.’ ‘OK…. well… ask him!’ And then, this is so boring, managers talking to each other, that’s how it works unfortunately.

“And then finally me and Mark started talking directly via email. It was interesting because he wrote me and I sent him the song and he wrote me back. I had a lot of things to do during that time so maybe it took me a week to answer his email. I wanted to give him a good answer, I wanted to have time to sit down and write the email and say, like, ‘Do you want me to write the lyrics? This is the idea I have of how you could do it but you’re totally free to do whatever you want.’ And I got an answer straight back. ‘Yes, I already recorded the song. I really enjoyed it, I cannot do any retakes because I disassembled the whole studio to move from the house. I hope you like it, if not, it was a good time.’ And I listened to it like, ‘Dude, you don’t have to do any retakes. You’re not that kind of a person.’

“Yeah, I don’t know what I was expecting but just having his voice there is perfect.”

You can listen to the rest of our chat with Johannes here along with “Inside of a Dream” below.