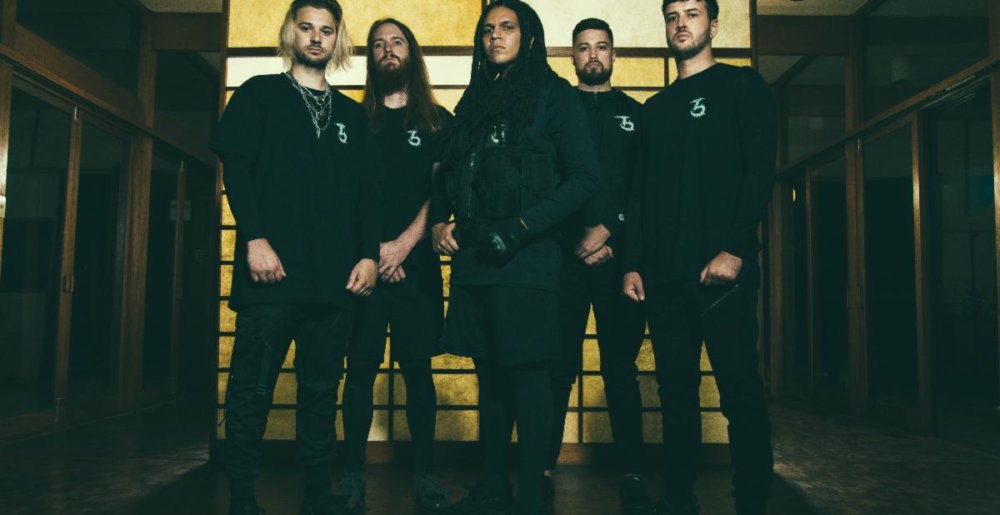 Brand of Sacrifice have shared “Altered Eyes,” the final single from their forthcoming album Lifeblood before its release next week.

The band shares of “Altered Eyes:”

“We’re excited to present the last single before Lifeblood drops March 5. ‘Altered Eyes’ is something of a spiritual successor to ‘Charlotte,’ a breakout success from our last album that took off way more than we anticipated. Funnily enough, both come in at track four on their respective album, but it’s more about the vibe; both tracks rock and groove as much as they riff and gut. Speaking of, much like most of Lifeblood, this track is based on Berserk protagonist Guts, in this case the torment he felt watching his love interest lose her sanity amidst hellish abuse.

“’Altered Eyes’ paints that hell with fiery Doom-scapes.
We initially weren’t even planning a video for this track—how could we even dream of measuring up to the epic that is ‘Animal’? Upon seeing Tony Simone’s work for his own band, Abiotic, we knew we had to do it. The CGI animation puts it in an entirely different realm than what we’ve done with Joey Durango. It’s similarly intense, but lives entirely in its own world and on its own two feet.”

Listen to “Altered Eyes” along with a music video below. Lifeblood comes out on March 5 via Blood Blast; pre-order here. You can check out previous singles “Lifeblood” and “Demon King.”

Brand of Sacrifice guitarist Michael Leo Valeri recently joined The MetalSucks Podcast to discuss Lifeblood, the various guest spots on the album (members of I Prevail, Emmure, Shadow of Intent, Traitors and Viscera), the chemistry of writing the record with so much distance between band members, their plans to tour endlessly when live shows return, and more.

The City of Bats took a bat to the head.

Metal in the Media 0
Spiritbox, Archspire, The Agonist, and Brand of Sacrifice All Nominated for 2022 Juno Awards
March 2nd, 2022 at 9:36am Emperor Rhombus

Man, Canada’s Grammys knock our Grammys out of the water.

Metal Sucks Greatest Hits
0 -
BREAKING: Some Local Band Called Shrapnel are Tired of You Leaving the Show Before Their Set
0 -
What if Black and Death Metal Albums Were Children’s Books?
0 -
Twelve Reasons Babymetal are the Single Best Thing to Happen to Metal in the Past Decade
0 -
The Single Greatest Analysis of Nickelback’s Work Ever Written
0 -
Meshuggah’s Jens Kidman is Now a Meme
0 -
Ten Reasons Why Record Labels Are Still Important