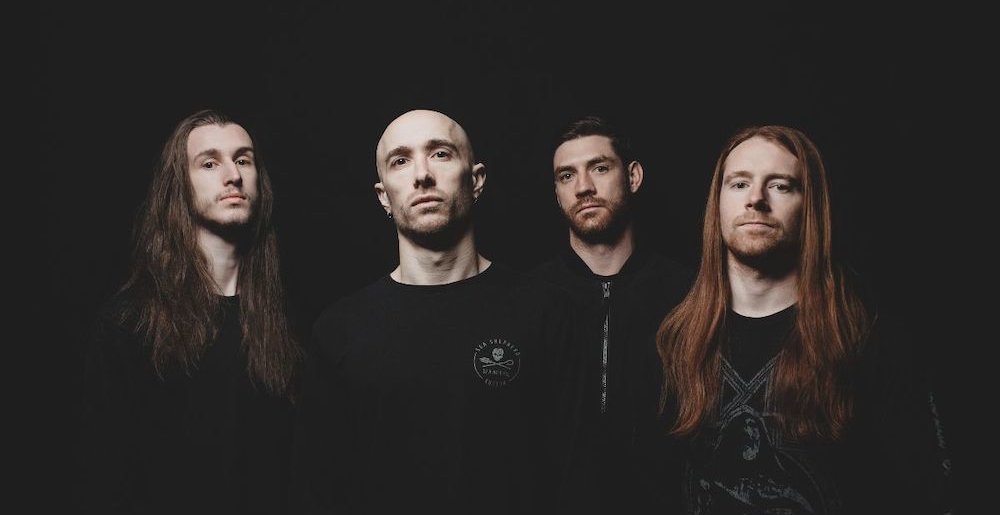 Sylosis, the band led by guitarist Josh Middleton of Architects, the extremely popular British metalcore band featuring Sylosis mastermind Josh Middleton, have shared “Plight of the Soul,” a previously unreleased track from the recording sessions of Conclusion of an Age (2008).

Middleton, mastermind of Sylosis and guitarist of Architects, comments of the track:

“We had a great time recording ‘Conclusion‘. It was our first time in a real studio with an outside producer and we had a few months to work on the record. Scott Atkins was always great to work with. He has an amazing idea for tones but also helped sculpt some of the songs into what they are today. ‘Plight of the Soul‘ is a left over B-side track that has never seen the light of day before.

“Before we signed to Nuclear Blast we were on a small UK headline tour with Romeo Must Die supporting who we became friends with. Their singer Adam was previously in the UK thrash/metalcore band Stampin’ Ground (along with producer Scott Atkins) so we got him in the studio to do backing vocals on this track.”

One of the best metal bands going.

Listen a new standalone rager from one of the best bands in modern metal.

Metal Sucks Greatest Hits
0 -
Two Eleven-Year-Olds from Brooklyn Start a Metal Band, Awesomeness Ensues
3680 -
Korn III: Remember Who You Are Listening Party Report
930 -
The Austerity Program’s Justin Foley and the Search for the GREATEST TACO RIFF OF ALL TIME
0 -
BREAKING: Ex-Suffokate Vocalist Ricky Hoover Successfully Undergoes Earlobe Reconstructive Surgery
0 -
Rigged: Wintersun
0 -
Why There Will Never Be Another Metal Band as Big as Metallica