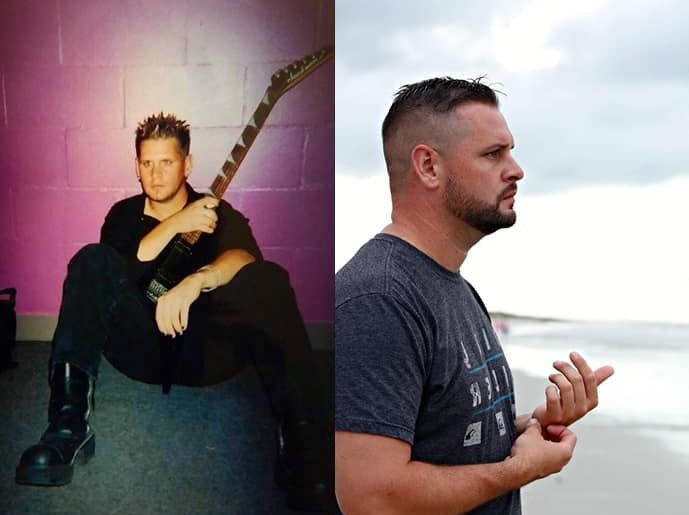 Former Underoath guitarist Corey Steger, who played with the band’s original lineup starting in 1998 and left in 2001, has died. He was only 42 years old.

Steger performed on Underoath’s first two albums, 1999’s Act of Depression and 2000’s Cries of the Past.

Fellow founding member Dallas Taylor (1997-2003), who went on to front Maylene and the Sons of Disaster, broke the news in a post to Facebook, revealing that Steger died in a car accident on Wednesday, March 17. He explained:

“I don’t know how to type this. I’m without words. Yesterday 3/17/2021 at around 6:00 p.m. Corey Steger one of the original founding members of Underoath was rear ended in a car wreck, and went home to be with the Lord. Him, and his family have had such an impact during my accident, and recovery. I still remember him washing my hair in ICU just wanting to love on me, and be there for me. He is one of the kindest souls I’ve ever known. I really cannot wrap my head around this, and I don’t even know what to type. I love you Corey you are one of the greatest closest friends I’ve ever known. My heart is completely broken for his wife, kids, and his family if you can please keep them in your prayers.”

The ATV accident to which Taylor refers took place in 2016 and left him with life-changing injuries, including the complete loss of sight in his left eye, blurred vision is his right, lung problems, teeth issues, short-term memory loss and chronic pain. Taylor still suffers from a number of serious ailments related to the accident, occasionally offering updates to his fans.

On behalf of everyone at MetalSucks, we send all the best to Corey’s family, friends and former bandmates.

Sponsored Links from Across the Internet
Show Comments
Related Articles
Cinemetal 0
Metal Star-Studded Vampire Flick The Virginia Bitches to Open at Cannes
May 17th, 2022 at 10:59am Emperor Rhombus

Easily one of the best 2-4 rock songs with the word “Numb” in the title ever made.