Metal Sucks
Metal Sucks Cannibal Corpse Are “Hopeful” That They Can... Dee Snider Was on Family Feud This Weekend
- Tweet SHARE
Enlarge
Coronavirus 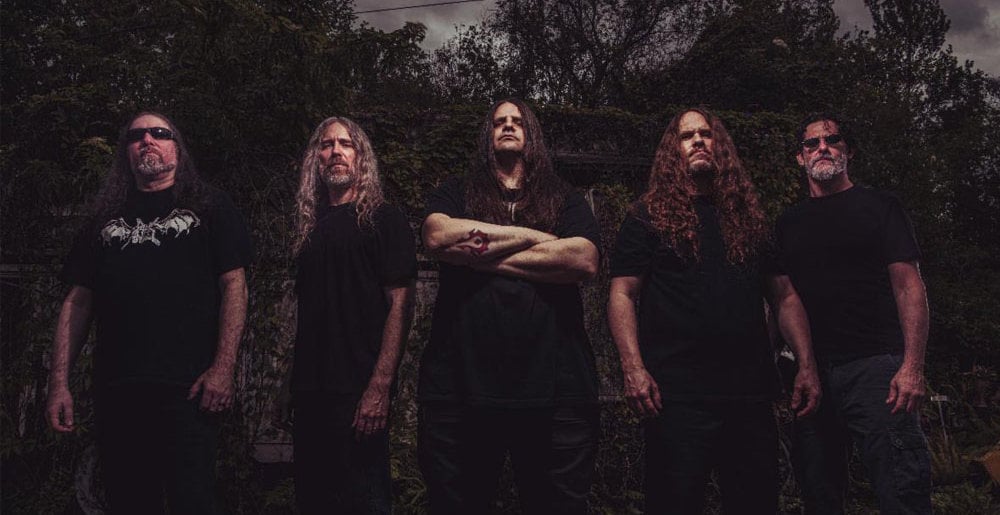 In less than three weeks, couples across the globe will finally have the chance to make sweet, tender love to Cannibal Corpse’s new album, Violence Unimagined. It’s another terrific achievement for the most romantic band in death metal. Luther Vandross could have lived to be a hundred and he would never have written anything as “Slowly Sawn” or “Bound and Burned.”

Unfortunately, the inevitable post-Violence Unimagined baby boom will be bittersweet, because, as you may have noticed, there’s not a ton of touring going on right now.

And even though we’re starting to see the light at the end of the tunnel, for a myriad of reasons, it’s still not really clear when live shows and touring will come back in force. We already know that bands like Megadeth and Avenged Sevenfold may very well end up sitting on completed albums until the can tour properly.

“It could possible that bands are gonna be doing touring by the end of 2021. I think for us, we kind of just decided that 2021 is probably not going to work. Even if bands start touring in late 2021, there’s gonna be so many trying to at the exact same time. We’re hopeful that maybe in the first half of 2022, we could start to tour in support of this album.”

Honestly, I have been so goddamn frothing-at-the-mouth-excited for live shows to come back that I hadn’t even considered the logistical fucking nightmare of what will surely be a glut of bands all attempting to tour at once. That makes complete sense.

It also makes me wanna start a queue for bands to tour again. I would put it in order of priority from most to least vulnerable — y’know, like we’ve done with the vaccine. Only we’ll do it by finances, not health. Bands whose members are in danger of losing their homes get to tour first; Metallica goes last; everyone else falls somewhere in-between. And just like people with certain health conditions could jump the line, certain artists could jump the line — so, for example, Ozzy gets to finish his retirement tour immediately, because he does not have a second to waste. All in favor, say “Aye.”

While we wait for The Rosenberg Act to be ratified, you can listen to the whole interview with Alex Webster below. Violence Unimagined comes out April 16 on Metal Blade. Listen to the most recent single, “Murderous Rampage,” here, and pre-order the album here.

Metal Sucks Greatest Hits
0 -
This Dude Sounds EXACTLY Like Layne Staley
0 -
I Am The Working Class: The MetalSucks Interview with Fenriz
1480 -
Being in a Band is for Losers [Scientific Proof]
0 -
Exclusive Interview: John Baizley of Baroness on the Bus Crash, Recovery and the Future
0 -
Why are metal fans hopelessly stuck in the past??? :(
1210 -
MetalSucks Exclusive: Behemoth Frontman Nergal’s First Interview Since Being Diagnosed with Leukemia