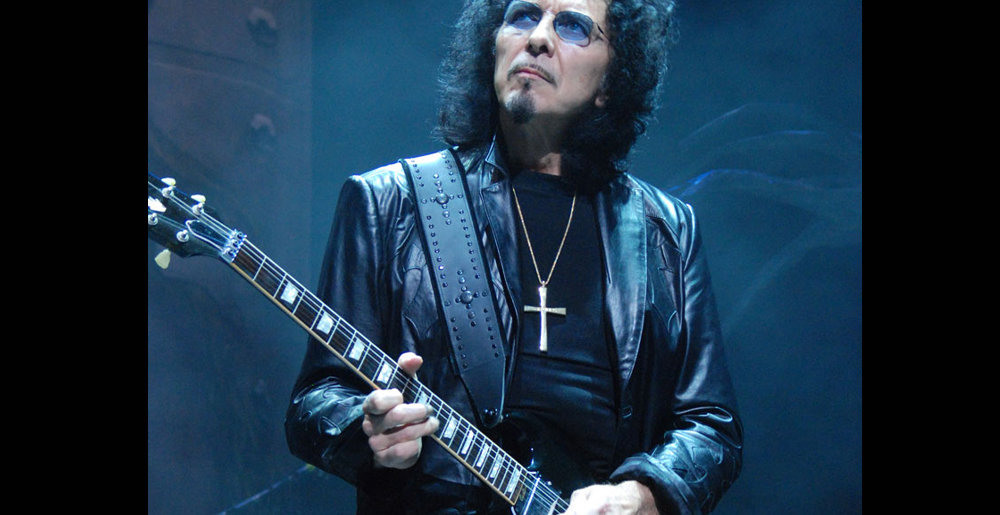 Black Sabbath fans got an unexpected treat last month when a demo of a previously unreleased song called “Slapback” made its way online. The recording, which features Ronnie James Dio on vocals, was published by the estate of live band member and frequent collaborator Geoff Nicholls, also the source of some 1979 rehearsal footage that surfaced earlier in the winter. But sadly guitarist Tony Iommi is not thrilled about the track becoming public, calling it “wrong” of Nicholls’ estate to put it out.

“That’s a bit of a problem for us at the moment. Because that has got released without any of our knowledge, and it’s not particularly a good thing. There was stuff floating around that Geoff Nicholls had, and he wasn’t on that. I mean, it was before Geoff Nicholls [played] with us. But that suddenly got hold of by his stepson, and he just put this stuff out, which was a bit wrong, really.”

What’s more, the version of “Slapback” posted by Nicholls’ estate has since been yanked from YouTube, likely not a coincidence. Other rips have popped up in its place, naturally.

In an interview with SiriusXM’s Trunk Nation With Eddie Trunk earlier in March, Iommi also expressed his displeasure with the situation, saying:

“I’m not at all happy with [Nicholls’s estate releasing the song] — at all. And it’s left a really bad taste in my mouth. At that point, when we did that, Geoff wasn’t even involved in the band; I hadn’t even got Geoff over at that time. That is actually Ronnie playing bass on that… And that was just in the lounge recorded on a cassette.”

Iommi’s claim that Dio played bass on the track contradicts Geezer Butler’s claim that he did. Iommi’s general attitude also contradicts Butler’s, who expressed his excitement about the track’s release, calling it “incredible.”

It’s a shame Iommi can’t just let Sabbath fans have this one. It’s just one track, Sabbath fans are supremely pumped on it, and he should let it go. Then again, there’s a Tony Martin-era box set to promote; Iommi’s gotta keep that money flowing in.

Getting old and being injured sucks.