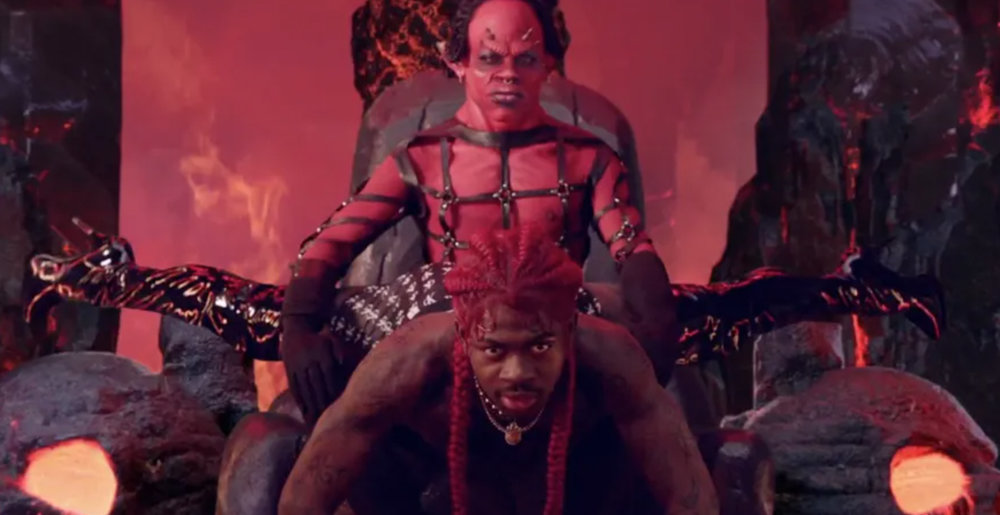 Lil Nas X Approves of This Metal Version of “MONTERO”

Lil Nas X is currently enjoying the sort of Satanic panic-driven media frenzy that was once was reserved for metal. This is primarily the result of the video for his new single, “MONTERO (Call Me by Your Name),” in which the 21-year-old rapper gives Satan a lap dance (he also released some limited edition “Satanic” sneakers to go along with the single, but a judge has since ruled that they be discontinued for copyright reasons). Somehow, a gay Black guy giving an actor in a fancy Halloween costume a lap dance means the sky is falling. I’m sure that somehow this is all Barack Obama and Hillary Clinton’s fault and would never have been allowed to happen if Der Fümbler were still in office.

ANYWAY, with all the brouhaha surrounding the video, and the fact that Satan was metal’s first, it was inevitable that someone would create a heavy cover of “MONTERO”… which is precisely what has happened.

The cover is by TikTok’s Ricky Jabarin and Sage Weeber, and got the seal of approval from Lil Nas X himself. I mean, I think it did. He reposted it with the caption “hard.” I guess that’s not technically a seal of approval. But I can’t imagine he did that because he doesn’t like it.

In any case, we may get an actual metal remix of “MONTERO” as a result of this: Lil Nas X later responded to his own share of the video, tagging YouTuber scary-story-teller and musician Corpse Husband and saying “let’s do it.” Jabarin subsequently chimed in:

“Whether that’s serious or not, I have no idea — but if it’s for real, we would love to be involved. So Lil Nas X, let us know if we can work together to make a metal remix.”

It’s probably not for real… but it sure would be cool if it was.

Metal Sucks Greatest Hits
7590 -
If I Read One More Thing About Arcade Fire I Am Going To Puke
0 -
The Best Metal Albums of 2013, As Chosen by Metal Musicians Themselves — Part I: Machine Head’s Robb Flynn
0 -
BREAKING: Joey Jordison Back in Slipknot as Percussionist!
0 -
The Secret 2 a Successful Career in Music
0 -
Jack Daniels Releases Single Barrel Whiskey in Honor of Motörhead
0 -
Someone Made a Lemmy Doll from a Mr. Potatohead