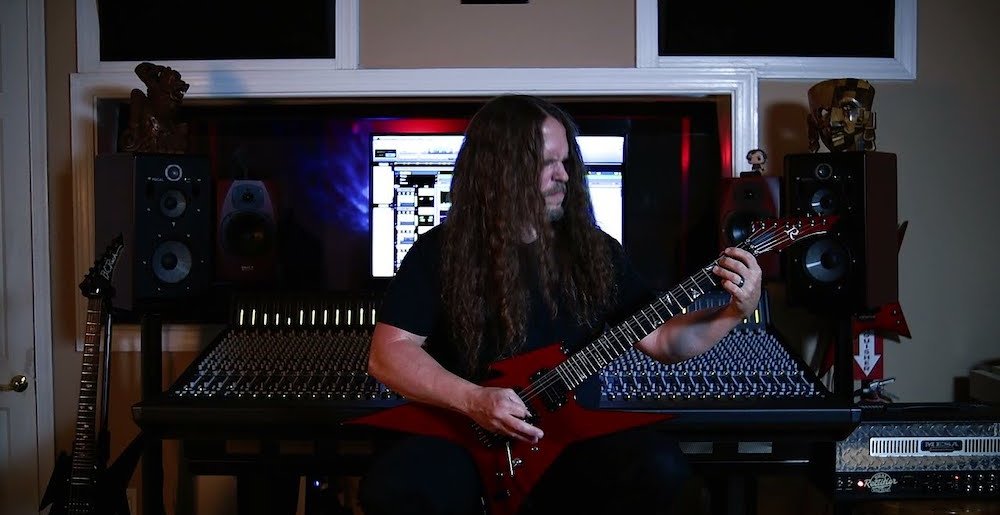 Cannibal Corpse have debuted “Condemnation Contagion,” another song from their forthcoming album Violence Unimagined, in the form of an Erik Rutan guitar playthrough video. Presumably, this is one of the Violence Unimagined tracks that Rutan wrote or co-wrote — I am, that’s a fuckin’ Rutan riff if ever there was one.

Violence Unimagined is out April 16 on Metal Blade. Pre-order it here. The band is “hopeful” they’ll be able to tour in the first half of 2022.

This will be the band’s first album Rutan as their new guitarist, replacing Pat O’Brien. Violence Unimagined also marks the fifth time Rutan has produced a Cannibal Corpse album (Bob Rock must be so jelly — you know he was just dying for Metallica to ask him to be their new bassist after Jason Newsted left).

But fret not, Hate Eternal fans! Rutan has promised that his other band will definitely continue. Basically there’s just more awesome Rutanity to go around now.

Oh and also last thing: we just had George “Corpsegrinder” Fisher on our podcast to discuss the new record! Listen to that here.

Metal Sucks Greatest Hits
270 -
Exclusive Band Meeting Transcript: Morbid Angel Decide to Release Illud Divinum Insanus Remix Album
0 -
I Watched Rock of Ages so You Don’t Have To
300 -
Free Download for Your Listening Pleasure: NYC Sucks, Volume 2, Featuring The Best of New York City’s Metal Scene
0 -
BREAKING: Some Local Band Called Shrapnel are Tired of You Leaving the Show Before Their Set
0 -
Who are teh “BIG FOUR SCENE BANDS”????
2060 -
How Metal Nerds Choose What Bands To Like: A Scientific Model