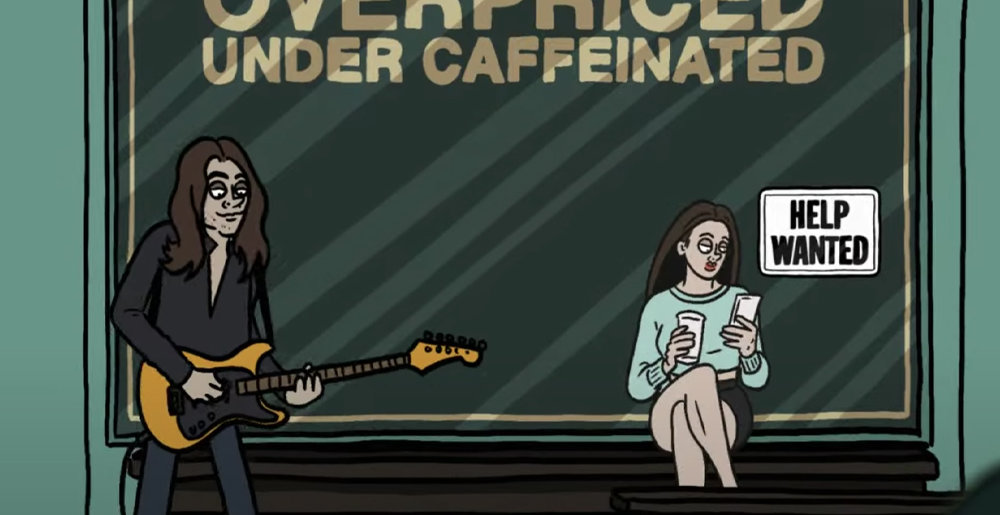 Myles Kennedy Fights for the Environment with New “Get Along” Video

First of all, I just noticed something special about Myles Kennedy’s YouTube channel:

Arguably of greater importance: the Alter Bridge/Slash singer has just released “Get Along,” the latest single from his forthcoming solo album, The Ides of March. It’s a characteristically catchy hard rock ditty that aptly showcases Kennedy’s extraordinary vocals.

It arrives with an environmentally-themed animated video which isn’t so on the nose it’s practically shoved up one nostril — it’s really one step away from being the cartoon version of the famous Iron Eyes Cody commercial (at one point, exhaust fumes from traffic merge to spell out the word “smog” — seriously).

It also seems like an odd choice for a song that is actively quoting an iconic moment concerning a completely different political issue. And… come to think of it… the video’s conclusion, in which various animals rise up and take militant action against polluters, is actually a direct contradiction of the song’s lyrics. Huh.

Having said that, the environment is inarguably fucked, and there are a shit ton of people who still seem to somehow not get that. It doesn’t matter how cheesy the video is if it inspires even one person to take just one action to lessen their carbon footprint.

The Ides of March will be released on May 14 via Napalm Records. The album reunites Kennedy with drummer Zia Uddin, bassist/manager Tim Tournier, and producer Michael “Elvis” Baskette. Listen to the previous singles, “In Stride” and “The Ides of March,” and pre-order the album here.