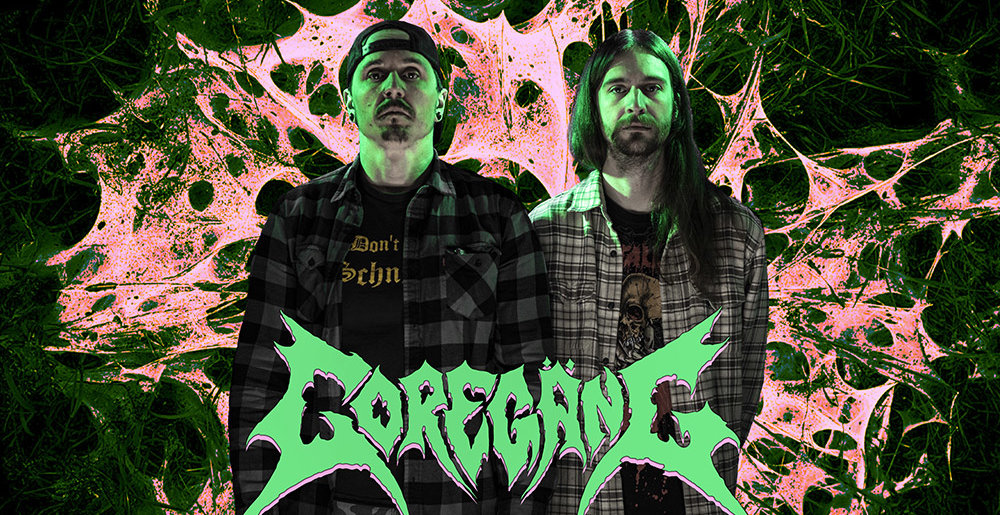 Florida death metal duo Goregäng have released a cover of the White Zombie classic “Electric Head, Part 1 (The Agony)” along with an appropriately retro-styled music video.

Goregäng consists of Jeramie Kling and Taylor Nordberg, who also play together in the newly minted group Inhuman Condition but are best known for their work in the long-running melodeath outfit The Absence.

Nordberg comments of the cover:

“I don’t think there was a whole lot of planning [that] went into the cover. Most of our ideas come to life really quick. I think I had a passing idea that it would be cool to cover with this band, then I think I just pumped the music out and surprised Jeramie, then the next day we just had a blast coming up with all the sound effects and noises for the song, and laying down the vocals. We wanted to do a super ’90s style video for the song as well, just something fun, and I think we nailed it. Old horror movies, dancers, aviator sunglasses… classic Zombie!”

We’ll post the video for “Electric Head, Part (The Agony)” below — directed and edited by Deidra Kling — along with one of the band’s originals, “Long Live the Grime” which is likely a bit more representative of their sound.

Goregäng’s debut EP, Long Live the Grime, comes out on the band’s own Listenable Insanity Records on April 30.

Get crushed by the latest from the death metal supergroup.

Metal Sucks Greatest Hits
300 -
Sebastian Bach: The MetalSucks Interview
0 -
The Secret 2 a Successful Career in Music
0 -
A Sh*tstain on the Ass of the Universe, #28: Lie or Liar
0 -
I Am The Working Class: The MetalSucks Interview with Fenriz
540 -
Worst Year Ever: All of Our 2010 Year-End Sh*t in One Place
0 -
Chad Kroeger and Avril Lavigne Finally Wrote a Song So Awful that the Internet Has Collectively Rejected It