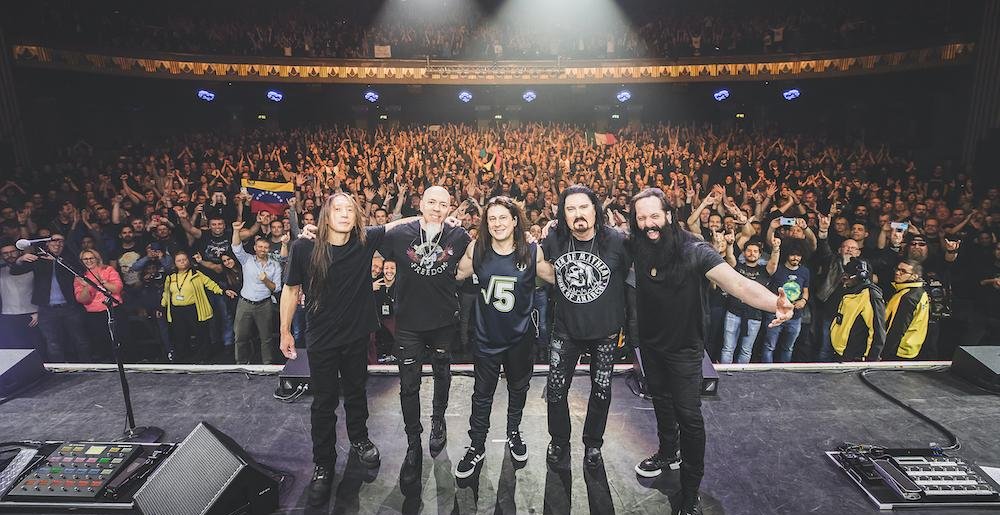 Metalheads are an inquisitive bunch with curious minds, and when it comes to the next Dream Theater album, folks have hard-hitting questions. Does it have 8-string guitars for the first time ever in the band’s history? (yes!) Did drummer Mike Mangini contribute to the writing? (yes!) Does it fuck? (tbd)

“Filled with energy and positivity and excitement,” on the other hand, is not usually a phrase associated with the dark arts of metal. But Dream Theater aren’t just any metal band (for better or worse), and guitarist John Petrucci says that’s what you can expect this time around, crediting the lack of live performances during the pandemic with causing a bunch of pent-up energy that manifested in the music on the band’s new album.

“We just wrapped recording of that. We had been working on that since October. And I am super excited about it. It’s not gonna come out till later this year. We don’t have any release-date information yet, obviously, as we do, we’ll let everybody know. But I am just really, really excited.

“The pandemic has been hard on a lot of people in the world, and as far as the way it’s affected musicians, everybody wants to play — everybody’s pent up; there’s no live performances. So I feel like, with all these records that we’re doing in the studio, the Dream Theater guys came to play. So the record [is] filled with energy and excitement and positivity. I’m excited about it. I can’t wait for people to hear that.”

The pandemic is surely going to result in a boon of creative music coming out over the next year from all corners, that’s for sure.

Petrucci’s claim that the album doesn’t yet have a release date contradicts Mangini’s recent estimation of September, but I’d take Petrucci’s word on that issue: he calls the shots. “Later this year” is good enough, and we’ll keep you posted on the energy, excitement and positivity index.

Metal Sucks Greatest Hits
0 -
Video: Killswitch Engage’s Adam Dutkiewicz Wins Everything on The Price is Right
0 -
What if Black and Death Metal Albums Were Children’s Books?
0 -
Photos of Metal Musicians When They Were Kids
0 -
I, For One, Welcome Our New Robot Overlords
0 -
Metal Musicians Reacts to Maroon 5’s Lame Super Bowl LIII Halftime Show
300 -
Sebastian Bach: The MetalSucks Interview