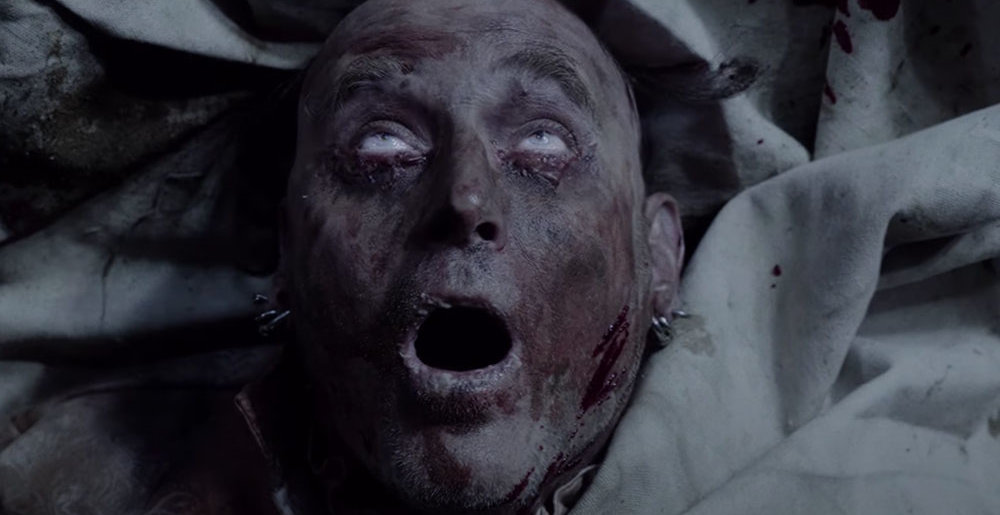 Did everyone else also spend a good chunk of the weekend listening to the new Cannibal Corpse album, Violence Unimagined? If you clicked on this post, I assume you did! The album is rad, isn’t it? I think it’s probably their best work since 2009’s Evisceration Plague. I’m way into it.

I’m also way into the band’s new music video, for the Violence cut “Necrogenic Resurrection.” Like the video for the album’s lead single, “Inhumane Harvest,” this clip was directed by David Brodsky, and is a downright nasty, gory, NSFW slasher flick of a music video, full of blood and guts and all the other wonderful things you expect in a Cannibal Corpse music video. Brodsky and Cannibal Corpse make a great team (Brodsky also helmed their videos for “Encased in Concrete” (2012) and “Kill or Become”).

Watch the clip below. If for some reason you still haven’t purchased Violence Unimagined, you can get it from Metal Blade at this link.

Cannibal Corpse frontman George “Corpsegrinder” Fisher was recently a guest on The MetalSucks Podcast. List to that here.

Metal Sucks Greatest Hits
0 -
Video: Rings of Saturn Guitarist Lucas Mann’s Criminal Abuse of Guitar Pro
0 -
11 Bands You’d Get Made Fun Of for Liking Back In The Day
0 -
Elvira Defends Rob Zombie’s Munsters Casting: “Sheri Is Freaking Adorable as Lily Munster”
0 -
15 Ways Your Unsigned Band is Doing It Wrong
1730 -
Leyla Ford’s Eleven Cardinal Rules of Attending a Concert
0 -
Nazi Imagery: Why Watain and Marduk Don’t Get a Pass While Slayer and Metallica Do