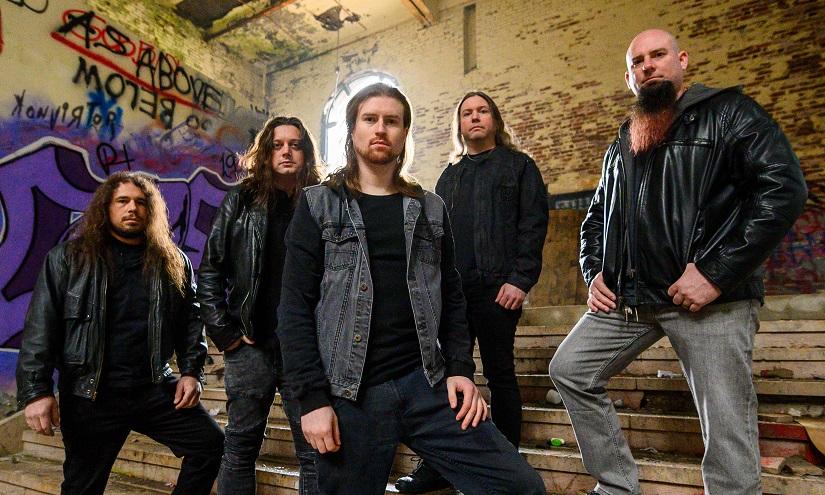 Living Wreckage, the new project that reunites Shadows Fall guitarists Jon Donais (Anthrax) and Matt Bachand (Act of Defiance), have released their first single, “Breaking Point.” I think if you’re a Shadows Fall fan, you will probably like this; both the trashy main riff and the subsequent breakdown are very much in the vein of that band — to say nothing of Donais’ solo, which may be his shreddiest to date.

You can check out the song below.

Says the band of the track:

“It’s basically a middle finger to the powers that be and to the people that blindly follow them to whatever doom awaits. Whether it’s politics, the media, or people you know, there seems to be a recurring theme of fear and everything ‘hitting the fan.’ ‘Breaking Point’ is about how it is going to happen one way or another so screw it.”

In addition to Donais and Bachand (who plays bass here), Living Wreckage includes vocalist Jeff Gard (Death Ray Vision), guitarist Matt Breton (Downpour), and drummer Jon Morency (Let Us Prey). The band’s debut album, which is being produced former Cannae bassit Shane Frisby (Becoming the Archetype, The Ghost Inside) and mixed by Pete Rutcho (Revocation, Havok), is due out later this year.

The PRP reports that Living Wreckage have a pair of shows coming up, both at indoor venues. Use your best judgment.