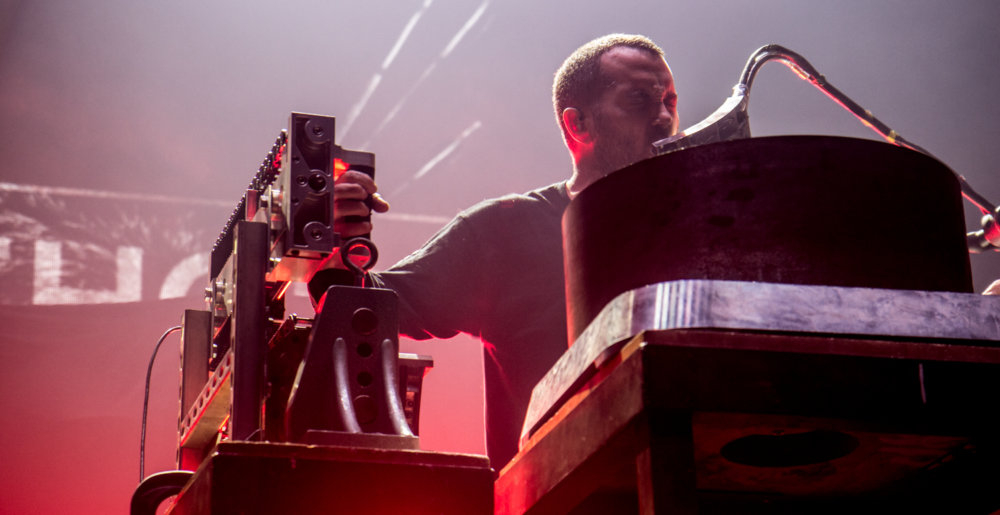 While remixes are not uncommon in the electronic music world, of note here is that the original version of “Excess” appears on Perturbator’s forthcoming record, which isn’t even out yet! That means both that track and a remix are out in the world before either artist has officially released them. Pretty cool concept.

Author & Punisher’s version has all the hallmarks of his music to date, taking Perturbator’s original — essentially a modern day post-punk track — and making it all kinds of gnarly and nasty, with Shone’s signature electric grit.

What’s more, Author & Punisher will release an EP on which every track is a collaboration with a different artist. The below is obviously one of them — and the EP is titled Excess — while the coming months will see songs by Author & Punisher together with INVSN, Health, She Past Away, OddZoo and Pig Destroyer released one at a time. A new A&P (not to be confused with the grocery chain) album is also on the way later this year.