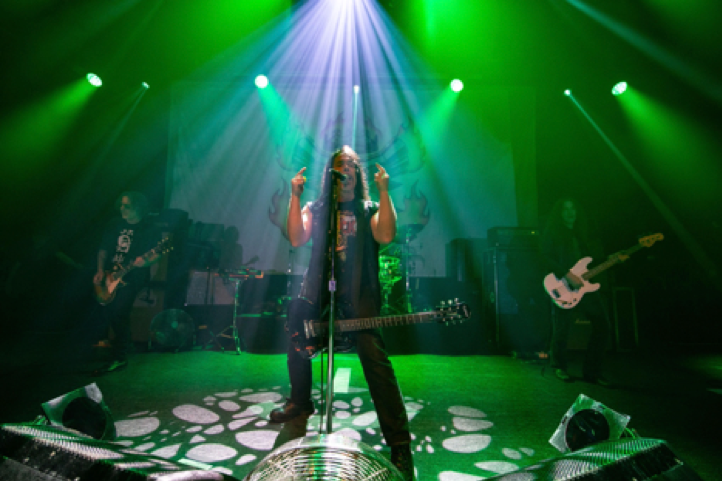 Monster Magnet’s new album, A Better Dystopia, is described as “a delightfully (and psychotically) curated collection of ’60s and ’70s proto-metal and late-era psych obscurities covered by the heavy New Jersey legends themselves.”

That’s not quite accurate though — the last single before Dystopia drops this Friday (May 21) is a cover of a cover “Motorcycle (Straight to Hell),” originally by Table Scraps, and first released just six years ago. So you can’t accuse Monster Magnet of just being an buncha old fuddy-duddies.

“I’m psyched to unleash our version of Motorcycle (Straight To Hell).  Table Scraps are a truly great band and prove again and again that garage punk fury lives!”

You can listen to the track below. Listen to the previous singles: a cover of Poo-Bah’s “Mr. Destroyer”  and a cover of Dust’s “Learning to Die.” Pre-order A Better Dystopia from Napalm Records.

It’s the second single from their forthcoming album, A Better Dystopia, “a delightfully (and psychotically) curated collection of ’60s and ’70s proto-metal and late-era psych obscurities covered by the heavy New Jersey legends themselves.”