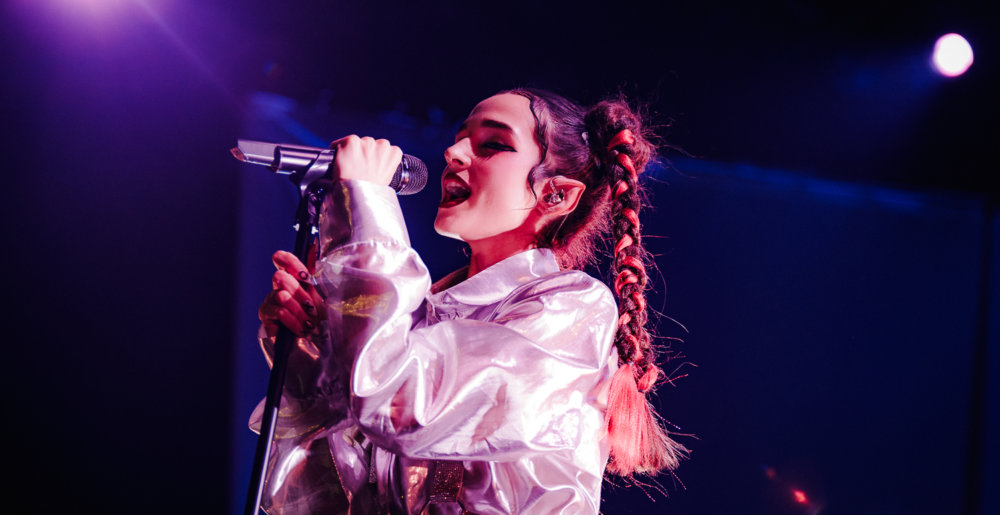 Poppy has just dropped her third major release in the span of five weeks with a new single, “Her,” which arrives with a video by stop motion animator/director Chris Ullens (Rex Orange County, Lee Ann Womack). The song marks yet another stylistic pivot for Poppy, who surprise-released a new EP, Eat, earlier this month in conjunction with WWE NXT.

Press copy explains that “Her” was produced by Justin Meldal-Johnsen (M83, Air, St. Vincent), who had Poppy and her band record live to tape, “lending the song a warm, organic feel that lends a decidedly personal touch to this new era.”

Poppy’s most recent full-length, I Disagree, arrived in 2020. The release found her fully leaning into heavy music, a shift from the polished dance pop of Am I a Girl?, released in 2018. “Her” finds the singer channeling ’90s/grunge influences such as Nirvana, Dinosaur Jr. and L7 in yet another stylistic pivot.

Watch the video for “Her” below.

Metal Sucks Greatest Hits
820 -
Rigged: Dream Theater’s Mike Mangini Takes You Through Every Piece of His Mega-Drumkit [Part 1]
0 -
Scientific Proof That Djent is a Genre
0 -
Taking Risks
0 -
A MetalSucks Exclusive: Return from The Graveyard — King Diamond on His Near-Death and New Life
0 -
Listen to Metallica’s “Nothing Else Matters” in a Major Scale
220 -
Hey Guys, Did You Know That Virgin Steele are From Long Island?