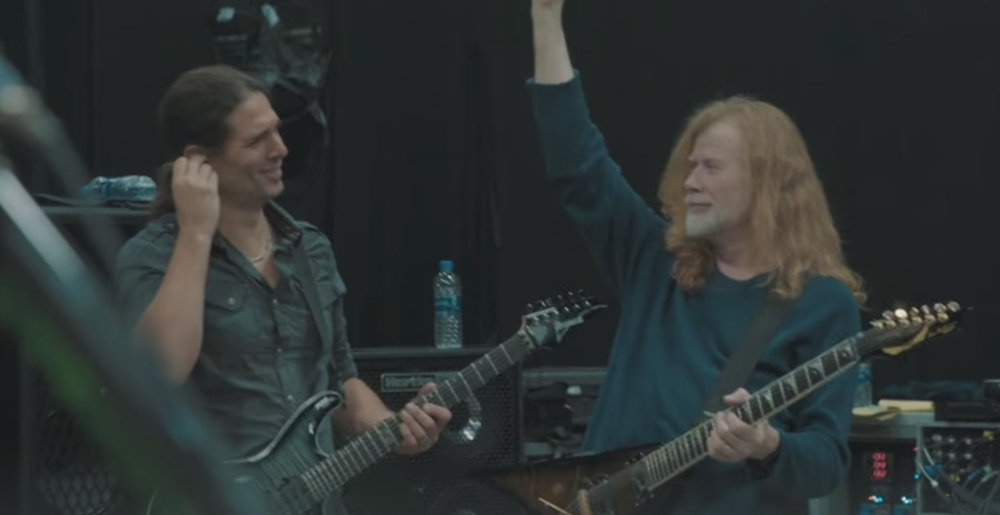 Video: Megadeth Rehearse for Upcoming Tour With Lamb of God

Megadeth’s Dave Mustaine and Kiko Loureiro have each shared video of Megadeth rehearsing for their upcoming tour with Lamb of God, Trivium, and Hatebreed (replacing In Flames). You can watch the clips below.

Earlier this week, Megadeth announced that their former bassist, James LoMenzo, would be rejoining them for this tour. He replaces David Ellefson, who was let go from the band this spring amidst an online sex scandal.

It is not presently clear whether or not LoMenzo is also the bassist who re-recorded Ellefson’s parts for the new Megadeth album, The Sick, The Dying, and The Dead. Previous rumors suggested that job was completed by Testament’s Steve Di Giorgio.

The Sick, The Dying, and The Dead is expected later this year. We’ve already heard a few samples, which one fan has used to create a whole song.

Dates for the Megadeth/Lamb of God/Trivium/Hatebreed tour are as follows: