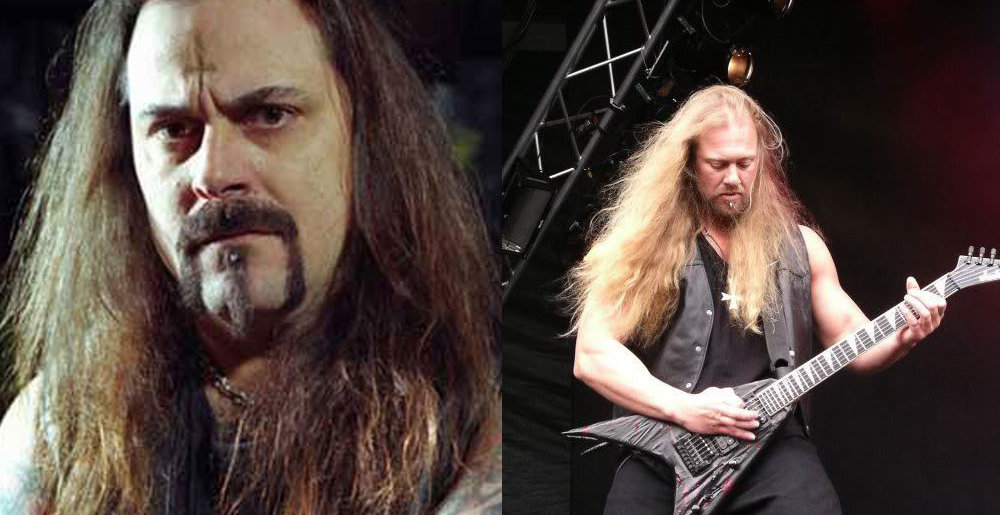 Ex-Deicide Guitarist Eric Hoffman Curses Glen Benton’s Hair Piece, Says He’ll “Hunt [Him] Down Like The Animal [He Is]”

Jesus, former Deicide guitarist Eric Hoffman either needs to settle his piece with frontman Glen Benton or stay off social media when he’s wasted. Back in 2019, we covered an especially unhinged rant by Hoffman calling Benton out as a “scum fuck.” Now, in a since-deleted Facebook post, Hoffman has gone after Benton once more — and this time, he’s called the dude bald.

We’ve included a screenshot of Hoffman’s post below, but here’s the text:

I respect my fans, I love my fans, most people can’t say that without them I’m nothing without them. After what happened when Glen Benton fucking took scars royalties for 20 years and all Deicide merchandise I will find you and hunt you down like the animal you are.I have no label and did my last album for the fans out of my own savings and will do it again with without label. I now pronounce curse on his hair piece Glen Michael Benton you will be history soon and Steve will hire new singer.Also remember this I am Deicide you are a disgusting individual that doesn’t care about anyone but himself Glen your Amon, not now, you’re not good enough. I drew the logo came up with the name. Unbelievable I am Amon suck it Glen we will meet again.

Wooow. This is as amazing a nutbar rant as we’ve ever seen. ‘I now pronounce curse on his hair piece’ is exactly the kind of thing I want to scream immediately before putting a gun in my mouth and blowing my brains out at a Devils game.

If you remember, Benton responded back in 2019 with the following statement that kind still rings true today:

“Every time we do a record, I guess [Eric] loses his mind over there and he can’t handle hearing us proceeding without them. It’s been what — 14, 15 years since those two departed, and they did one shitty album and tried ripping off the fans, charged them for videos and bullshit like that. And then from there, they’ve done two shitty shows here in the state of Florida, and from what I was told, they almost canceled those. So their track record speaks for itself. Our track record speaks for itself. When you don’t have the original singer, then you are the official cover band. You wanna make yourself look even more stupid than you already do, by all means, go ahead.”

In closing, Eric, if you want to send us your off-kilter ramblings about Benton, we’re here. And we’ll post them every time.

Inching ever closer to a new album.

Tour de Force 0
Deicide and I Am Morbid to Headline Dortmund Deathfest
October 22nd, 2022 at 11:12am Mandy Scythe

Metal Sucks Greatest Hits
0 -
MetalSucks Readers Declare Pantera The Most Unnecessarily Shat Upon Band in Metal!!!
0 -
Iudicia is Your New Favorite Band
0 -
What is the best subgenre of metal?? *please read*
0 -
12 Embarrassing Albums That Everyone Owned Back In The Day
1730 -
Leyla Ford’s Eleven Cardinal Rules of Attending a Concert
0 -
Oderus Urungus from GWAR Reads Goodnight Moon