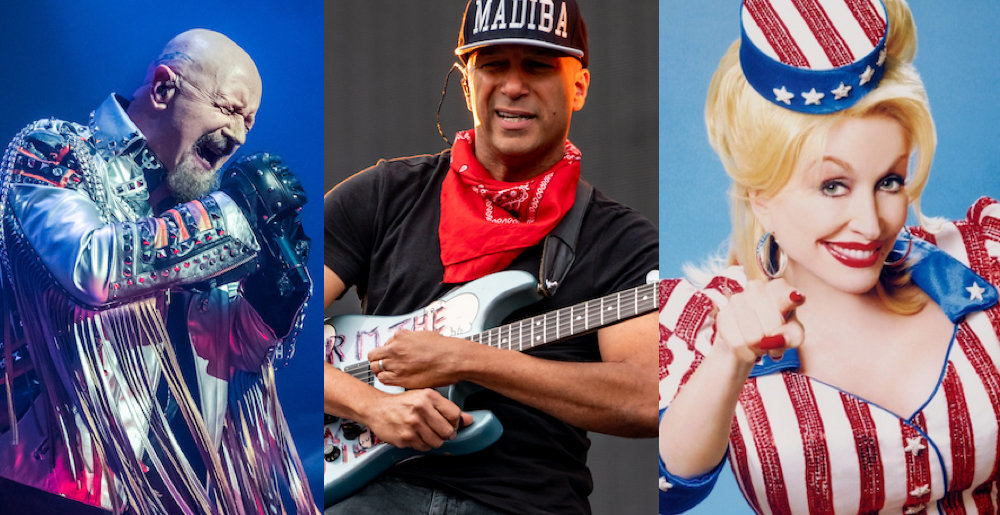 Judas Priest, Rage Against The Machine Among 2022 Rock and Roll Hall of Fame Nominees

As any metalhead knows, the Rock and Roll Hall of Fame is a bizarre and pathetic shame. The organization seems to exist solely to celebrate artists who have been around longer than the Bible, and consistently snubs bands that actually deserve recognition; last year, the HoF snubbed Iron Maiden, a move so widely recognized as stupid that both a spokesperson AND the Hall’s CEO had to come out with statements about how they don’t discriminate against metal.

Now, the Hall of Fame have revealed their 2022 nominees, and while a couple of them make us hopeful, we’re pretty ready for it to be a suckfest. Here’s who’s nominated:

All right, first thing’s first: there’s no way Rage are getting inducted. Nuh-uh, sorry, guys. Those dudes are just too acerbic and volatile, and especially in the music industry’s fragile state, they’re going to come off as too hardcore. There are just too many frumpy old men involved in this organization for them to make it.

Second: EMINEM?! I actually really like Eminem’s music — the darkness, the grit, his speedy-ass rhymes — but how in the fuck is he going to get nominated while Iron Maiden aren’t in the hall? That’s officially the sign that this is the music industry thumbing its own ass while jacking off.

Which leads us to the most important question: how in the fuck has Dolly Parton not been inducted? I fucking love Judas Priest, but Dolly is an American treasure. She’s funny as hell, has an amazing voice, looks good in a corset, and gives tons of books to children. Get her ass into your Hall of Fame, PRONTO.

Anyway: the fan vote for this year’s nominees is open, so feel free to toss your two cents down the elevator shaft.

Tags: Judas Priest, Rage Against the Machine, Rock and Roll Hall of Fame

Sponsored Links from Across the Internet
Show Comments
Related Articles
News 0
Judas Priest Are Waiting on Rob Halford to Finish the Next Album
September 27th, 2022 at 10:26am Hesher Keenan

Metal Sucks Greatest Hits
0 -
Listen to Metallica’s “Nothing Else Matters” in a Major Scale
0 -
Why I’ve Stopped Buying Vinyl
0 -
Detailed Analysis: Vest Metal is Officially the Next Annoying Trend in Metal
0 -
Watch This Kid Perform Europe’s “The Final Countdown” Entirely with Hand-Farts
930 -
The Austerity Program’s Justin Foley and the Search for the GREATEST TACO RIFF OF ALL TIME
0 -
Video: Rings of Saturn Guitarist Lucas Mann’s Criminal Abuse of Guitar Pro