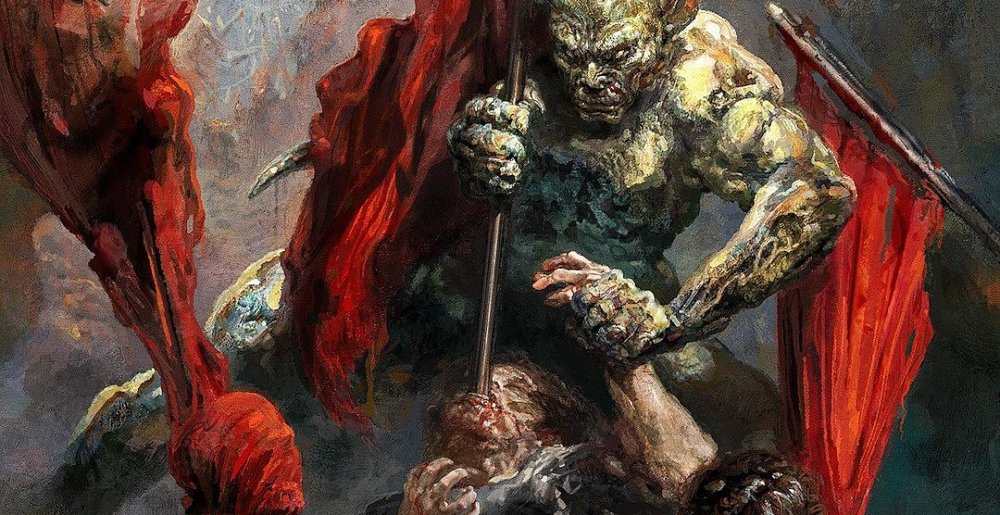 Kreator Have Announced a New Album, and the First Single F***ing Rules

There are some bands we just trust, and Kreator are one of them. The German thrash legends have never really let us down; sure, Endorama‘s goth bullshit wasn’t our favorite, but it didn’t sour us on them. Now, the teutonic face-melters have returned with a new album titled Hate Über Alles, from which they’ve released the title track, and surprise surprise, it slaps ass for days.

What Kreator do on “Hate Über Alles” that’s so smart, and which they’ve been smart about since 2001’s massive Violent Revolution, is leading with thrash before getting into the melodic Euro-groove metal that they and so many other bands play these days. Sure, midway through, the song becomes a chugging mid-pacer with a catchy guitar lead over it. But at its outset, and then after that, the track is pure speed and fury. This band understands that even if you’re not trying to out-thrash the competition, you still gotta inspire a circle pit, and this single does that admirably. Plus, that tapping solo before the last chorus is fucking TASTY.

“‘Hate Über Alles’ reflects the time we’re living in,” says frontman Mille Petrozza. “Everything is really loud and aggressive. The way we communicate has changed, thanks to social media. It causes a lot of imbalance. The world is in a state of disrepair. Life is not harmonic right now, it’s disharmonic… that’s where I was going with the title.”

Check out the track below, with album details beneath it:

Kreator’s Hate Über Alles comes out June 3rd on Nuclear Blast, and is available for preorder. Check out the tracklisting and cover art below:

Metal Sucks Greatest Hits
0 -
Avril Lavigne Must Be Stopped
0 -
Type O Negative’s Peter Steele Once Punched Chino Moreno In The Face for Inciting an Onstage Riot
0 -
Danny Worsnop is a Good Writer
0 -
What in the Mother of F*CK Did I Just Watch???
0 -
Video: Dudes Rockin’ Out to Van Halen Meet David Lee Roth, Have No Idea Who He Is
0 -
Review: Megadeth’s Super Collider is a Super Catastrophe