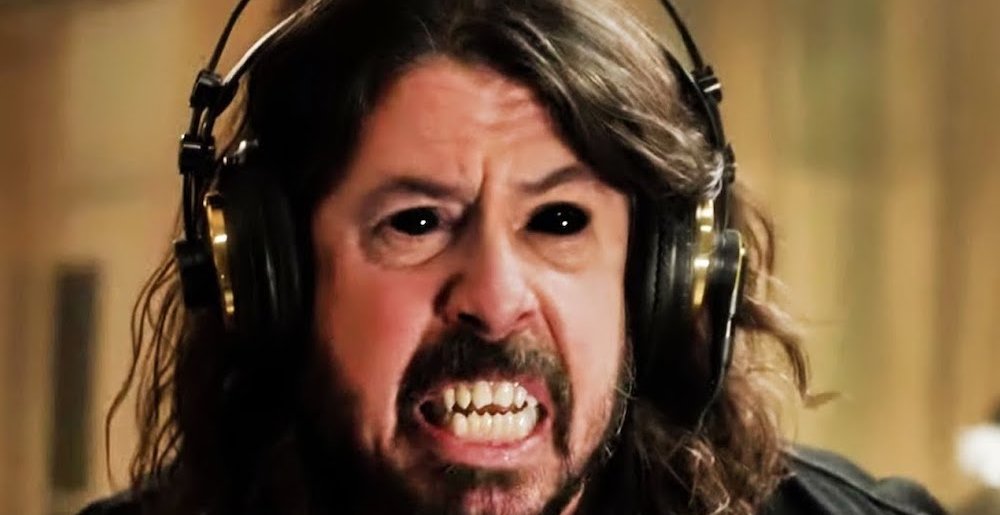 Foo Fighters Just Released a Death-Thrash Song, and It Slays

Last month, we got our first look at Foo Fighters‘ new horror movie Studio 666, and were surprised to find that it looked pretty cool. Now, the band have dropped a single from that movie, a death-thrash track titled “March of the Insane” by a fictional act named Dream Widow, and…holy shit, it’s pretty rad!

According to a recent interview that frontman Dave Grohl did with Howard Stern, Dream Widow are the band who occupied the haunted house in Studio 666 before the Foos show up. Via Ultimate Classic Rock:

“The premise of the movie is that we move into this house, I have writer’s block, I’m totally uninspired, I can’t come up with anything. And I wind up finding this creepy basement. And I go into the basement, I find this tape by a band from 25 years ago that recorded there. And there’s this song that, if recorded and completed, the fucking demon in the house is unleashed, and then, whatever, all hell breaks loose.”

Now, look, we all know Dave Grohl can write a killer metal song from his 2004 Probot album featuring vocalists like Max Cavalera, Tom G. Warrior, and fucking Lemmy. But “March of the Insane” isn’t just a good metal track, it’s a fucking killer metal track! It’s got a solid gallop, it has a rad chorus, the guitar leads rip faces…it’s basically proof that even brutal metal needs a good songwriter first and foremost. Today’s thrash acts, this is what you should be doing.

Listen to “March of the Insane” below. Studio 666 was directed by BJ McDonnell (Hatchet III) and written by Jeff Buhler (the 2019 version of Pet Sematary) and Rebecca Hughes. In addition to the band, the cast includes Will Forte (MacGruber), Whitney Cummings (The Female Brain), Jeff Garlin (Curb Your Enthusiasm), and Jenna Ortega (the new Scream), and comes out February 25. We want a fucking Dream Widow shirt!

Metal Sucks Greatest Hits
0 -
Editorial: Your Dead Metal Heroes Were No Angels
3160 -
Down With The Sickness: God Forbid’s Doc Coyle Takes on Mainstream Metal
0 -
Report: “The Number of Heavy Metal Bands in a Given Country is Associated with its Wealth and Affluence”
0 -
Editorial: True Loyalty Means Admitting When Your Favorite Bands Suck
0 -
Iudicia is Your New Favorite Band
0 -
Gwar’s Oderus Urungus Reviews Megadeth’s “Super Collider”