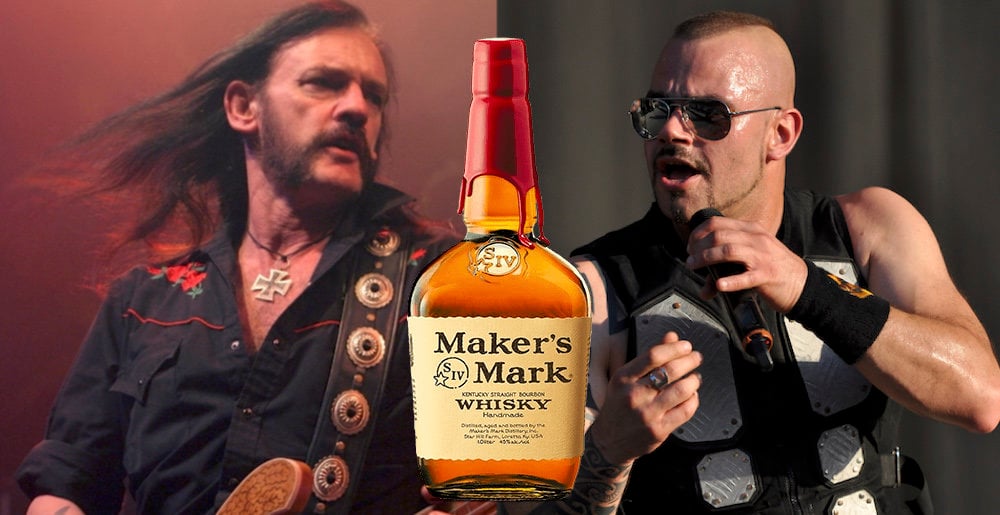 We like to think of Motörhead frontman Lemmy Kilmister as sort of a Dirtbagger Vance (you’re welcome, world): when you need him, he appears out of the mist, drinks all your booze, bangs your chick, and bails. But according to Sabaton‘s Joakim Brodén, Lemmy was actually a real gentleman, and used a glass of whiskey to teach him about being a good rock star.

According to an interview Joakim did with Metal Hammer, the two frontmen were backstage at the Sweden Rock Festival. Muscles Mohawk saw Wartsy McMurderone rolling up to the bar, and decided to send him a drink. Here’s what happened (transcribed by Blabbermouth):

“He was coming up and about to order a drink. And I knew he liked the Maker’s Mark whisky. I mean, he likes Jack Daniel’s, and that’s what he usually drinks, but he also liked the Maker’s Mark. So I ordered him a double from the other bar, and when he got it, the bartender sort of showed [to Lemmy], ‘It’s from him.’ So he came up and we talked for a while. And he taught me a lesson about being an artist.

“That was being very nice and polite even though you don’t know the person. And we spent the time drinking. I was telling him, ‘You don’t have to stand here and hang out with me all the time.’ And he was, like, ‘I think it’s a nice thing. You bought me a nice whisky. And I’m having a good time.’ So I asked him, sort of, ‘What do you mean?’ [He said], ‘Yeah, I can spend the time to drink the whisky that you bought me with you. Or I can say no.’ It was a pretty gentleman kind of thing to say.

“Then I asked, ‘What would happen if I would have been an asshole?’ And he was, like, ‘I can drink whisky really fast.’ [Laughs]”

There you go — even when it came to swilling some booze, Lemmy knew a thing or two about gentlemanly behavior. May we all live by his example and have a chat with whoever would buy us a shot.

Watch the whole interview below and wish you’d ever had an interaction as cool as this in your entire fucking life:

Metal Sucks Greatest Hits
0 -
Editorial: The Metal Community Must Stop Letting Phil Anselmo Off the Hook for His Racist Remarks
0 -
Today in Dream Theater Shirts: Metalhead Veterinarian Fired for Bestial*ty
1210 -
MetalSucks Exclusive: Behemoth Frontman Nergal’s First Interview Since Being Diagnosed with Leukemia
0 -
Dave Mustaine Mourns the Loss of Twinkies, Endorses Secession
560 -
The Austerity Program’s Justin Foley Wonders: Is It Okay to Listen to Music Made by People Who You Think Are Bad Folks?
0 -
Nazi Imagery: Why Watain and Marduk Don’t Get a Pass While Slayer and Metallica Do